Stop It: "The Agenda You're Pushing Is Weightier Than You"- Assemblyman Told 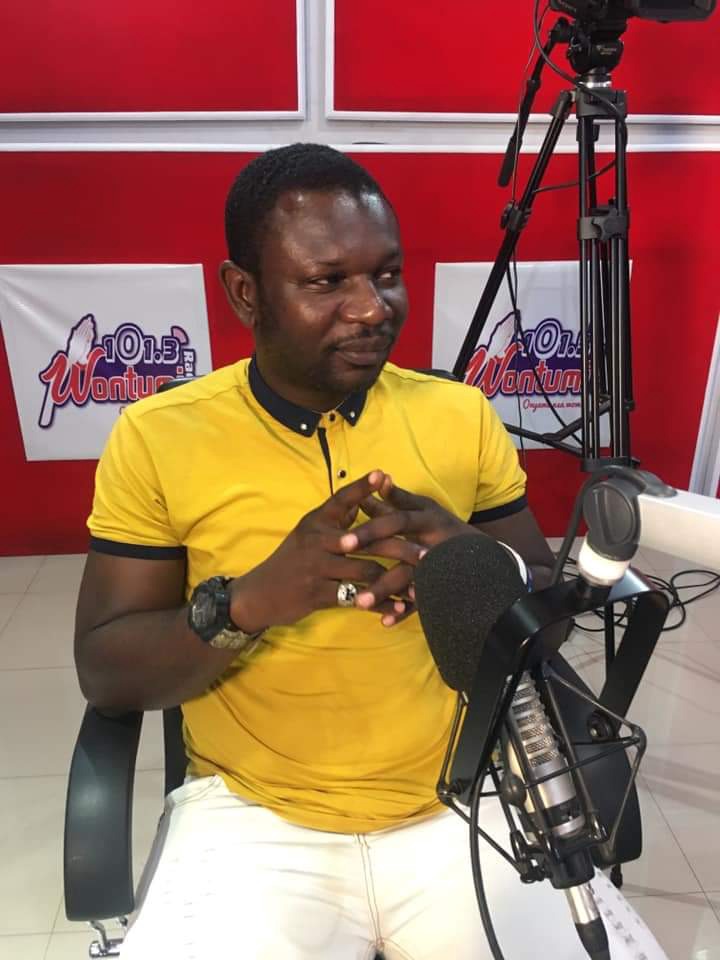 The New Patriotic Party's second term in government is getting divided as a lot of party folks are trying to get raid of some Municipal and District Chief Executive officers who couldn't performed in the past four years.

A lot of NPP party members are campaigning serous against some MCEs and DCEs in the country as they pray that President, Nana Addo Dankwa Akufo-Addo should make a reshuffle at the municipal and district assemblies across the country.

While many people are calling for their MCEs and DCEs to be maintained, others too are protesting very hard against other officials to leave office.

Though a lot of MCEs and DCEs had been recommended by the people in their Municipalities and districts to be maintained but in Wenchi Municipality in the Bono Region, it has taken a different way.

Yesterday, 1st May, 2021 assembly member for YOYOANO electoral area associated to NPP, Nana Owusu Ansah, known as "Pastor Kwaku" posted a picture of a completed toilet building on social media and alleging that the project looks to be completed but there is no water, light and other helpful things that will function the toilet.

However, the assembly member called on President Nana Addo Dankwa Akufo-Addo to replace the current MCE for Wenchi because of his poor performance, and also called for auditors to come and audit the project he is talking about.

"Let’s come together and fight freedom for Wenchi👏 because of this people voted against Npp in our Constituency. Mr President don’t repeat incompetence MCE again and again today and tomorrow, Wenchi first!! Npp first!!🙅Doctor Panie 💉💉💉👌" he said. 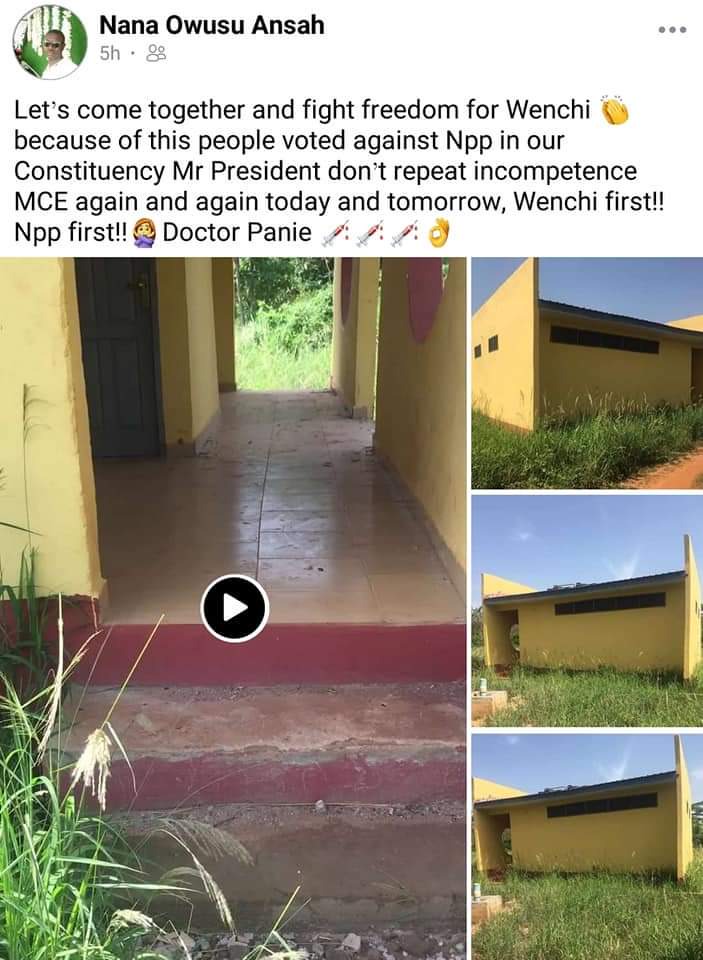 "Mr President lets auditors should come to Wenchi and audit this abandoned toilet project in YOYOANO electoral area no manhole, no pipe, no light but the project has already finished ei Wenchi 🤷‍♀️👌" he added. 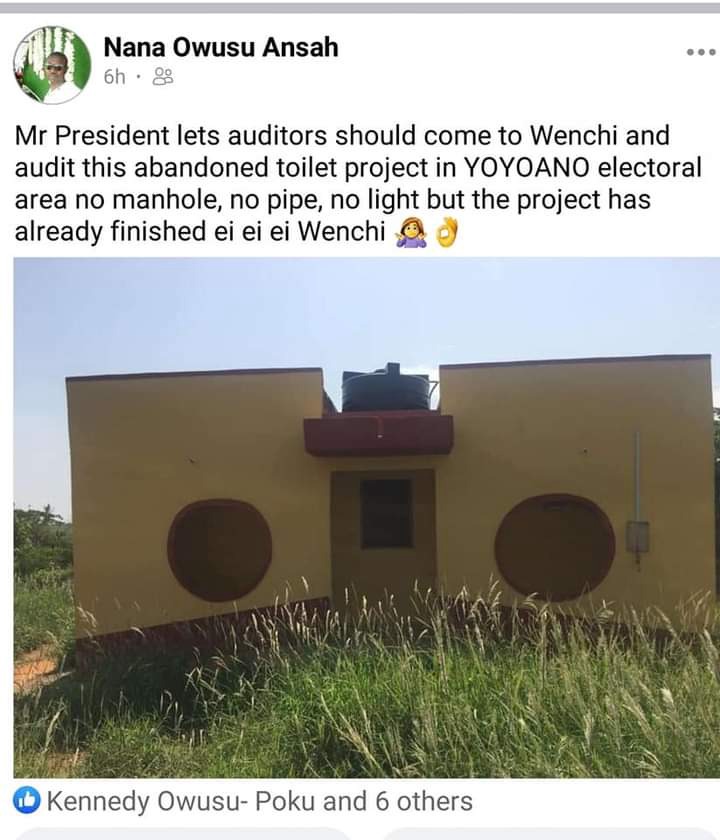 In a respond from the office of the MCE, special aid to the MCE, Baba Koniba has responded that, he is sorry to interrupt the assembly man's allegations and told him that, the agenda he is pushing against the MCE is weightier than him for he has not knowledge about what he is saying as an assembly member and NPP communicator.

According to Baba Koniba, the assemblyman is pushing a wrong agenda against the innocent MCE because the project he is talking about is a Special development initiative project, awarded and constructed by an assign ministry, which has nothing to do with the Municipal Chief Executive or the Wenchi Municipal Assembly.

His response to the Assemblyman below;

"Sorry to burst your bubble Mr. Ignorant Assemblyman, This is a Special development initiative project, awarded and constructed by an assign ministry, which has nothing to do with the Municipal Chief Executive or the WMA. Well I don't blame you, because the agenda you are pushing is weightier than you, and for reasons known to whoever is pushing you, to lie against the person of the Municipal Chief Executive failed to properly brief you!!!