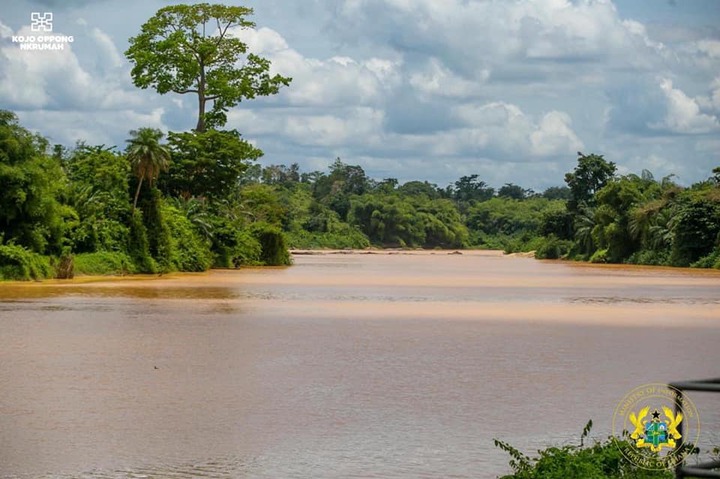 The country led by President Akufo-Addo has for some months now waged an ‘aggressive’ war against illegal mining in the country. the activities of these illegal miners have destroyed the environment and water bodies of the country. the President who has come under so much verbal attack started off by deploying some military personnel to the affected areas.

The operation which came to be known as Operation Halt has achieved some successes. They have also been able to secure water bodies and drastically reduced the presence of illegal miners along water bodies. However, one issue that became a contention among Ghanaians regarding the fight against galamsey has been issues pertaining to the burning of excavators. 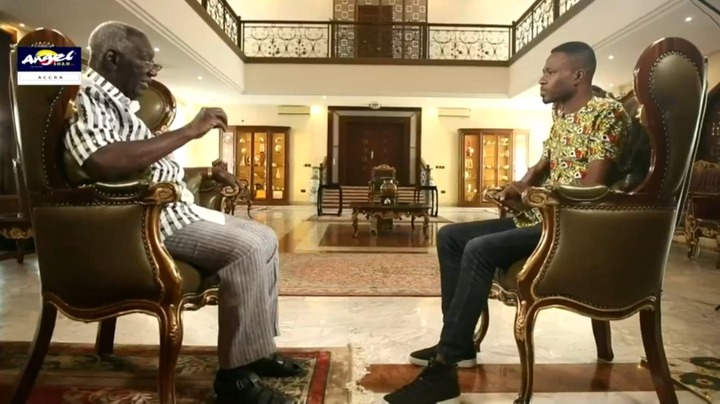 Today, Friday, June 11, 2021 in an exclusive interview with former president John Agyekum Kufuor, Kofi Adomah of Angel TV questioned the statesman about issues relating to galamsey. Kufuor noted that gold is like a god and wherever it is discovered many run to explore that area. He added that he was in support of the fight against it. 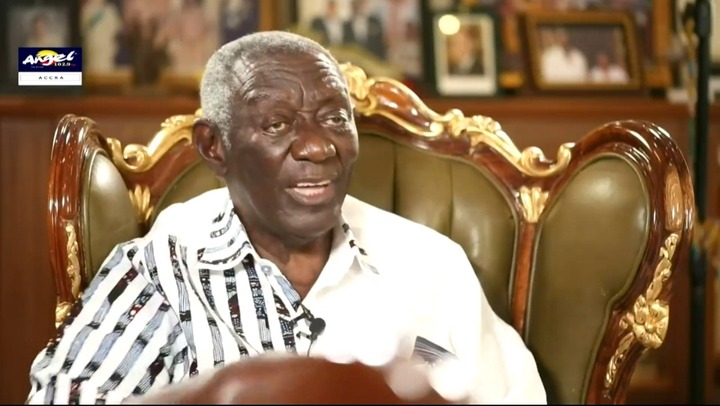 He explained that government should bring out a policy that will curb this menace. According to him government should make inhabitants where gold is found stakeholders and given license to explore and mine. He called for the halt of other people moving in to mine in other areas. He also challenged the government to educate more on safe mining to prevent miners from indulging in poisonous and illegal methods of mining.

One interesting thing was when Kofi Adomah questioned him on the burning of galamsey. Though Kufuor did not directly answer the question, he gave indications as to what he felt. He explained that just arresting the culprits was not enough of a deterrent to stop people from indulging in galamsey. He added that he agreed with the way the government was doing things and argued that this was a stricter and active way to kill the desire to mine illegally.

Don't Call Me To Stop The Exposé, It Won't Even Come; All My 3 SIMs Had Been Blocked- Captain Smart

As he plays football with his people, Dormaahene is recorded on the scorecard.