By GhNational_News (self meida writer) | 1 months 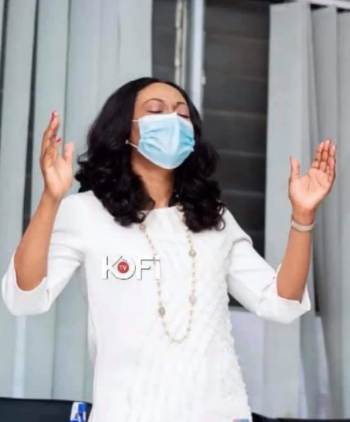 The irony of this political enterprise can sometimes confound even the experts in the field.

After the 2020 polls, Mahama lost but he said he won. Later, he said no one won, actually so the Supreme Court should order for a rerun of the polls between him and President Akufo-Addo.

He prayed the Supreme Court to ask Jean Mensa to mount the witness’ box ostensibly to render accounts for her stewardship, whatever that meant.

When the Supreme Court said No, because in the wisdom of the court, the burden of proof in matters such as that one lies with the petitioner and not the respondent.

Notwithstanding this, Mr. Mahama prayed the court and argued that Jean Mensa should be subpoenaed to give accounts for her role in the 2020 elections which he claimed had been rigged for Akufo-Addo.

The Supreme Court found same to be frivolous and it was indeed so and pushed it outside the window. Bruised for no apparent reason, Mahama attacked not only Jean Mensa but the Supreme Court as well for erecting some protective shield around the Chairperson of the EC.

In his speech after his petition was thrown out for lack of merit, Mr. Mahama said that Ghanaians had missed a great opportunity for the EC Chairperson to be cross-examined with the ultimate aim of letting her account for the job given her.

Weeks after this episode, some NDC members and activists have risen to make demands of accountability from Mr. Mahama and his executives so that they’d be well informed of how the party has been run over the years.

This group is specifically asking for the collation sheets of the NDC in the 2020 elections, pink sheets which formed the basis upon which Mr. Mahama petitioned the Supreme Court.

Loyalists of Mr. Mahama, apparatchiks of the former president are up in arms as they have threatened to deal mercilessly with these young men and women of the party.

Mr. Mahama tells these NDC members that he cannot account for his stewardship. Meanwhile, he put a gun on the Supreme Court’s Justices to compel Jean Mensa to account for her stewardship. There is nothing more ironic than this.

P.K. Sarpong, Whispers from the Corridors of the Thinking Place.

What will happen to your sim card if you fail to re-register with Ghana card by this date: Vice Prez