The presidential candidate of the opposition national democratic Congress for the just ended elections John Dramani Mahama has opened up on a number of issues in the Ghananian political space.

John Dramani Mahama is undoubtedly one of the most experience politicians in Ghana and across the sub-region.

Despite the massive infrastructural development that his led administration delivered to the people of Ghana,he still suffered a very terrible defeat in the 2016 .

Mr John Dramani Mahama has for the first time opened up on the circumstances leading to his defeat in the 2016 elections.

According to Mr John Dramani Mahama ,the NPP work against him both spiritually and physically and this led to his humiliating defeat in the elections.

With respect to the physical side,the presidential candidate of the opposition NDC party in the 2020 elections stated emphatically that,the NPP deliberately levelled several allegations against him.

He said these allegations sank deep into the minds of most Ghanaians and this eventually led to his defeat because the citizenry bought into those baseless propaganda.

He said several baseless allegations were made against his government including owing a ship,buying a luxurious hotel in the United Arab Emirates, stealing hundred million dollars from the state and stashing them into foreign banks and the guinea fowl brouhaha among others.

He stated emphatically,all those allegations were baseless and were without merit but sadly the people of Ghana bought into them.

With respect to the spiritual side of his defeat ,Mr John Dramani Mahama stated that, most Ghanaian journalist were blinded to the extent that ,most of the massive infrastructural development that the his government embarked on were never seen or appreciated by the people .

In response to the journalist,he said the journalist never heard of the inauguration because he was blinded spiritually by the New patriotic party.

The former president made all these pronouncements when he granted an exclusive interview to Kofi Adoma Nwawani.. 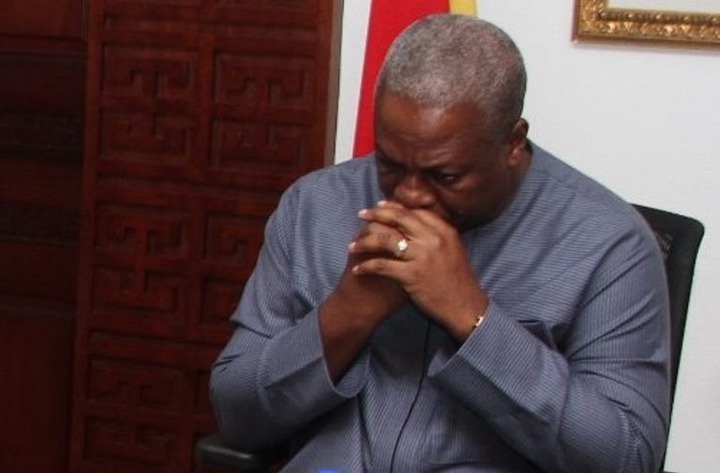