Captain Smart today, Tuesday, August 17, 2021 threw caution to wind when he branded one of Ghana’s biggest political parties as cheap. On Onua Maakye, Captain maintained that the current executives of the party are leading the party astray. He queried why some executives of the New Patriotic Party are castigating him for doing nothing. 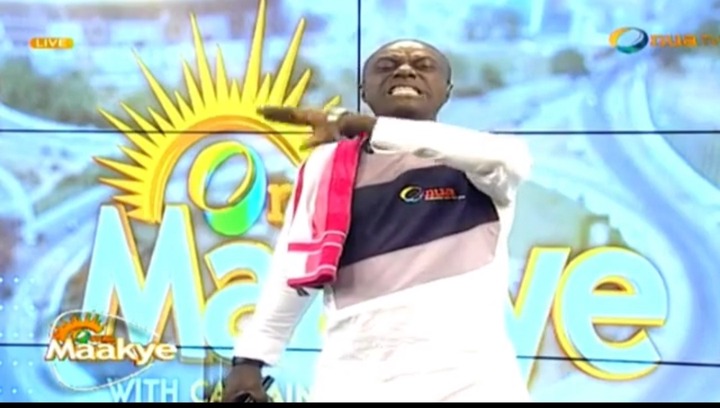 Captain Smart explained that the good old executives who picked the party and brought it to power are gone and now ingrates are the ones enjoying. There was one personality Captain failed to mention but from their recent squabbles it is clear he was referring to head of the Fixing Ghana campaign headed by Hopeson Adorye.

It can be recalled that yesterday on The Seat show and even on previous shows, Hopeson Adorye and Owusu Bempah have launched a verbal attack on Captain Smart for leading the Fix the country demonstration. They allege that Captain is a questionable character that shouldn’t be entertained.

“Is this NPP, it is now very cheap. Look at the days of Mac Manu, Hawa Yakubu, Gladys Asmah and others. They spoke intellectually. The soup has turned cold. Where are the constituency executives? That riffraff in the party joined less than 6 years and now having mansions. They are stealing from Ghanaians. Anybody who is only interested in his party is not a thinking person oo. See what the party has been reduced to. Nana Addo, look at the party again

They are my own party but not cheap. We have lost thinking executives. Executives who are fighting well-meaning Ghanaians. Most of those there are now after money. Nobody should try me. No one can stop me from talking. They can bring their dogs against me. I don’t care. Any lady that says that I have defrauded her should report me” Captain Smart said.

Many say Captain Smart is just using the fix the country campaign to establish himself and contest for president. Some also say he is fighting the NPP now because they masterminded his suspension from ABN.