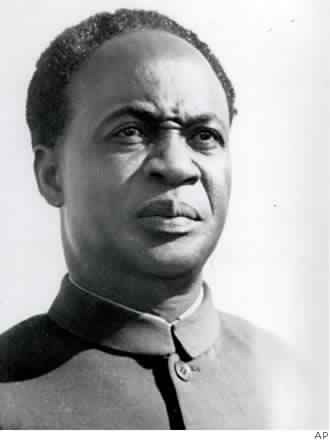 Kwame Nkrumah was a visionary leader who lead Ghana to independence, that is indisputable. But he was he also a man with many faults and if you ask me it was his inability to cure those faults that led to his downfall and subsequent overthrow. For a politician as smart and visionary as him, the man could have managed to have his friends around him and find a way to convince his foes to join him but he was naive, choosing to think the Ghanaian people like and no matter the atrocities they will always support his every move.

After having won elections and served as president post independence, the man became power drunk and so took serious measures including eliminating his opponents and declaring himself President for life. In the name of Pan - Africanism, Nkrumah became an aid giver, distributing Ghana's scarce resources to other African countries as a way of helping them to gain independence or to overcome post independence trauma. This led to unprecedented economic hardships and became one of the catalysts to his downfall. When the dissatisfaction with Nkrumah's leadership by the Ghanaian people became apparent, the man decided to institute reckless regulation with the help of his CPP led parliament to consolidate his powers. 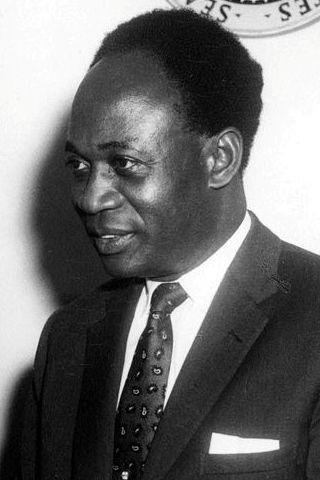 For instance, the Emergency Powers Act was introduced and applied in Kumasi in January 1958. It was a tool which he (Nkrumah) used to discriminate against Asante chiefs. In middle of 1960, Nkrumah and the CPP threw away the Independence Constitution wholly and wholeheartedly and introduced a new one on their own terms (Dale 1993:72)

In 1962, a private motion bill was passed to make Nkrumah life president of Ghana which was a serious threat to the democracy of the country. Nkrumah also used the legislature to extend the operative life of the Preventive Detention Act (PDA) for another five years in 1963 and used it to terrorize not only his political opponents but members of his own government and party as well. In 1963 P.K.K Quaidoo a minister was sacked and detained following a speech in Parliament in which he had asked MPs to assert their independence from the extra-parliamentary party organs which Nkrumah encouraged to undermine parliamentary authority (Twumasi 1968:48).

In January 1964, a national referendum was held seeking two amendments to the constitution of Ghana: to decide on one-party state for Ghana and to invest the president with power in his discretion to dismiss judges of superior court at any time and for any reason which appeared to him sufficient. The results were reminiscent of the April 1960 plebiscite.

The presidential and parliamentary elections scheduled for 9 June 1965 never took place. Nkrumah was nominated unopposed in May by the Central Committee of the CPP and he in turn in a radio announcement declared automatically elected the CPP Parliamentary nominees a week before election day.