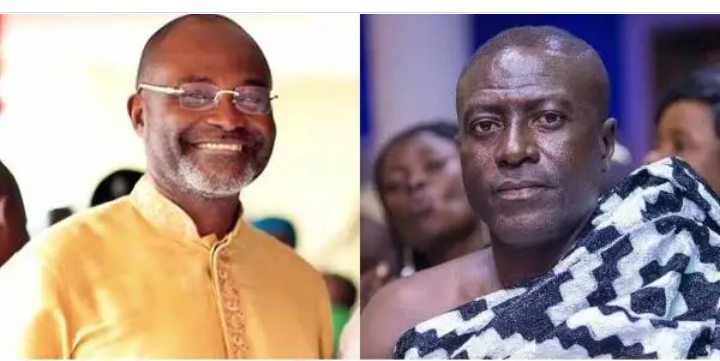 Captain Smart, a well-known Ghanaian broadcaster and the host of the Onua Maakye show, has bravely declared on live television that he will fiercely advocate for Kennedy Agyapong.

Even though the two loadable personalities have recently had their share of disagreements on the Ghanaian internet that have caused them to divulge each other’s secrets, Captain Smart declared he will still support him in the 2024 election.

After showing an old clip of Kennedy Agyapong telling party members that asking the International Monetary Fund (IMF) for financial assistance simply meant giving over power to the NDC without them even contending, Captain Smart made this self-promise on his show.

Captain Smart continued, “Something was done for the NPP in previous election, and it resulted in their easily winning the election, and that is exactly what he will do for Kennedy Agyapong to win the 2024 election.”

It's The Truth; Your Ministers Are Doing Well In Corruption - Captain Smart Serves "Strong" Notice

Always Do This Every Morning When You Wake Up

What's Wrong With Him? - Guy Refuses To Dance With His Girlfriend After Getting To The Nightclub