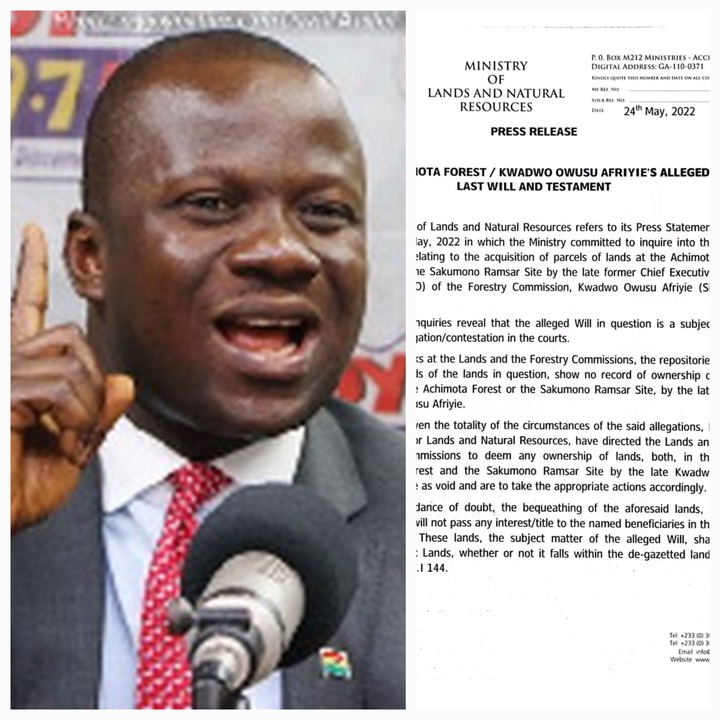 The past 2 week has been dominated by controversy regarding the Achimota Forest. Rumors went rife that portions of the reserve have been sold. The Lands and Natural Resources Ministry later released a statement denying this and noting that they only released some peripheral lands to the Owoo family. After this brouhaha came the will of the late Sir John who bequeathed parts of the Achimota Forest to his family.

Samuel Jinapor, the Lands Minister released a statement to say his ministry was investigating this. Today, Tuesday, May 24, 2022 the Ministry has released another statement with some empathic declarations from the minister. According to the minister, the will under discussion is in contestation at the court, The Minister also charged the Lands and Forestry Ministry to reclaim any lands that Sir John claims to have given to his children situated at the Achimota Forest.

The Minister also asserted that lands also claiming to belong to Sir John at the Sakumono Ramsar site have also been taken over by the Ministry. Check out the communique. 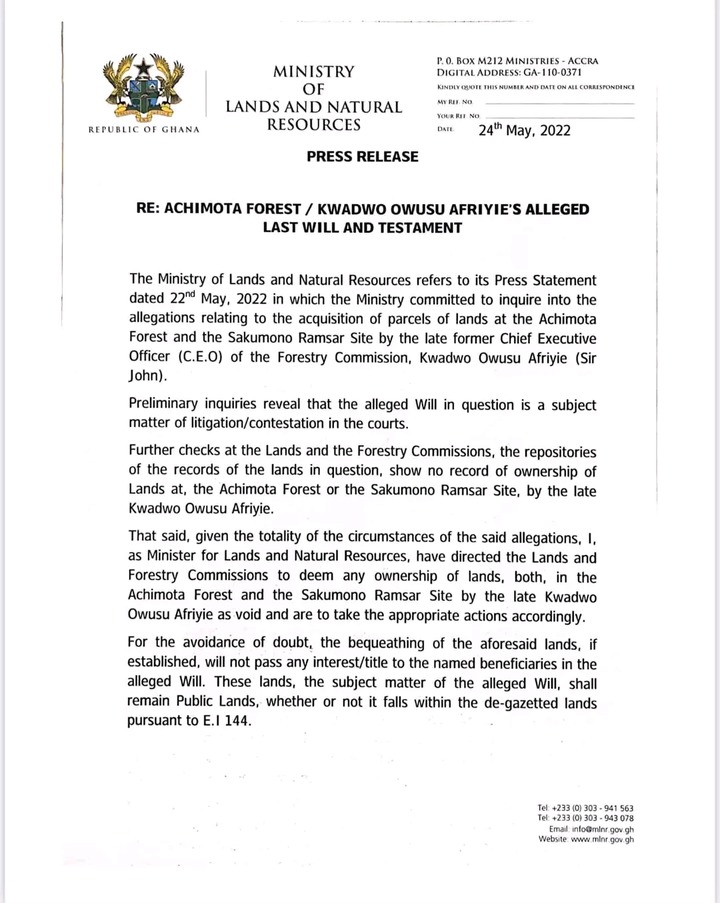 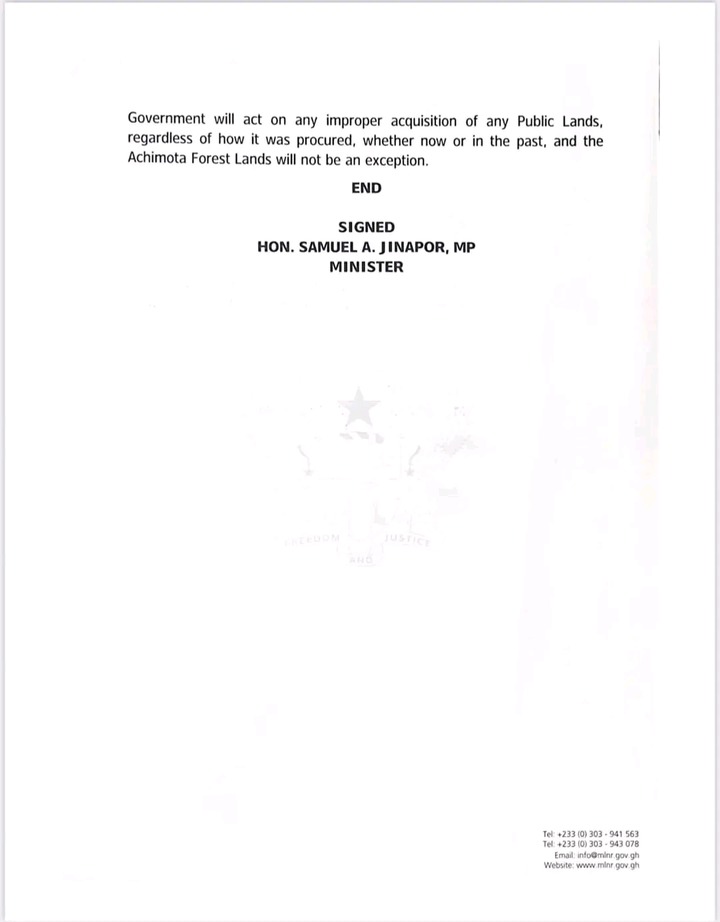 Ghana Has $7.3 Billion In Principal Payments By 2032: Eurobond Confirms