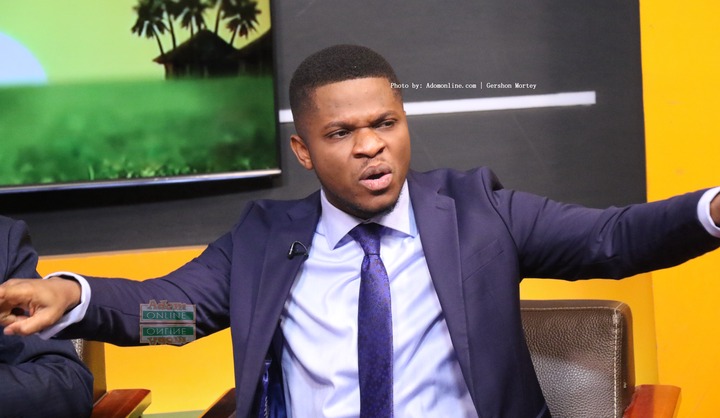 The National Communications Officer of the opposition National Democratic Congress, Mr Sammy Gyamfi has indicated that his party has no intentions of returning to the famous Peace FM's Kookrokoo morning show.

In a social media post, Sammy Gyamfi maintained that the claim by some individuals that NDC has been begging to return to the show is never true.

"For the records, the NDC has never, and will never beg to appear on Peace FM's Kookrokoo. The Communications Bureau that I lead, has no intentions of ever returning to that show. The NDC brand is far greater than that over hyped platform.They can tickle themselves and laugh, but our boycott still stands. Ignore the lies", he stated

The National Communications Bureau of the NDC, led by Mr Sammy Gyamfi in May this year issued a statement to officially boycott the Peace FM's Kookrokoo morning show. The party cited what they described as unfair paneling system by the production team of the programme against the NDC over a number of months. 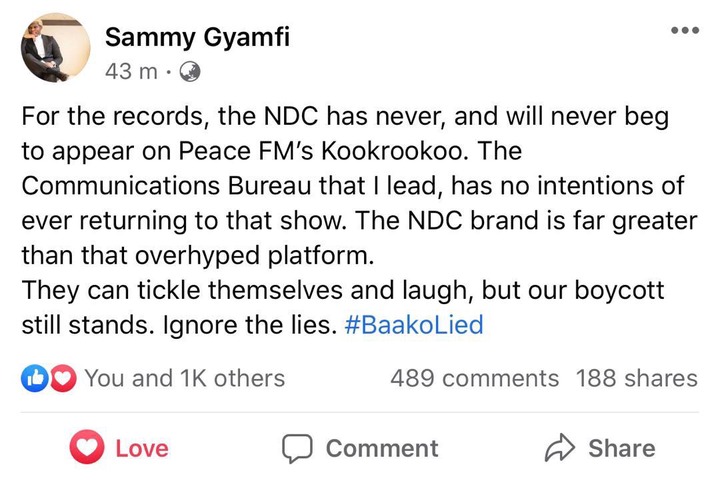