PC goes round shopping for NDC projects at Madina 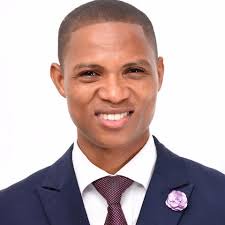 The Parliamentary Candidate (NDC) for Madina Constituency in the Greater Accra Region(GAR) on the ticket of main opposition National Democratic Congress(NDC), Francis Xavier Sosu has been caught going around the Constituency shopping for projects his government executed for the people of the Constituency.

According to reports, the NDC PC has been frequenting the residence of the immediate past Municipal Chief Executive(MCE), Franklin Anku under the NDC’s administration led by former president John Dramani Mahama and influential party people for projects the party executed whilst in government.

'We know the residence of the people you have been frequenting for the location of projects in the La-Nkwantanang Municipality to no avail, he said to the NDC PC.

Your own party people have been telling us anytime you visit asking for projects your government did in the newly created municipality, he said.

He explained that is a pity the NDC candidate has found himself in such a quagmire.

It would have been an easy job for him to do if his government has made projects available in the area after twelve years of a sitting Member of Parliament in the name of Amadu Sorogho, he said.

Locating projects in Madina would have been easy for you had your party delivered to the people of the Constituency, he added.

He argued that development is not about building Castles in the air but what the people can feel and have access to.

In the attempt of the NDC to throw dust in the eyes of the good people of the Constituency in the run-up to the December 7, 2016 elections, moved construction materials to the Umar Bun Hatab Islamic school at Libya-Quarters for the construction of a six-unit classroom block to ease congestion in the school.

He said for ages the school has to battle with congestion and the NDC looked on only for the governing NPP to come and start the construction of a Twelve- unit classroom almost at the completion level.

The good people of Madina know which party  have the electorate at heart, today Zongo areas in the Constituency are seeing asphalted roads which used to be the preserve of the presidential areas of the country.