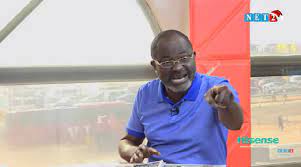 Outspoken Member of Parliament for the Assin Central constituency, Honorable Kennedy AGyapong has descended heavily on the Member of Parliament for the North Tongu constituency, Honorable Samuel Okudzeto Ablakwa. This followed Okudzeto Ablakwa's insistence that Speaker Bagbin's referral of the three NPP MPs to the privileges committee is the right way to go. Kennedy Agyapong sent a bold message to Okudzeto that he should get ready because he is coming to expose all the luxurious travels he took plus the luxurious cars he has bought. 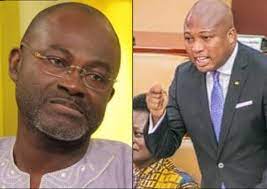 Kennedy Agyapong explained that if the intention of Samuel Okudzeto Ablakwa is that they sack him, Kennedy Agyapong, then he has no purpose. Kennedy stated that this was so because per his view if Alban sacked him from Parliament, he will still be rich and will not go about begging. Kennedy Agyapong asserted that the main reason why he is usually absent himself from Parliament is that, most times, the proceedings are about approving some loans which he can cough out within a few minutes. It is for that reason that Kennedy Agyapong warned him not to start a war that he cannot end.