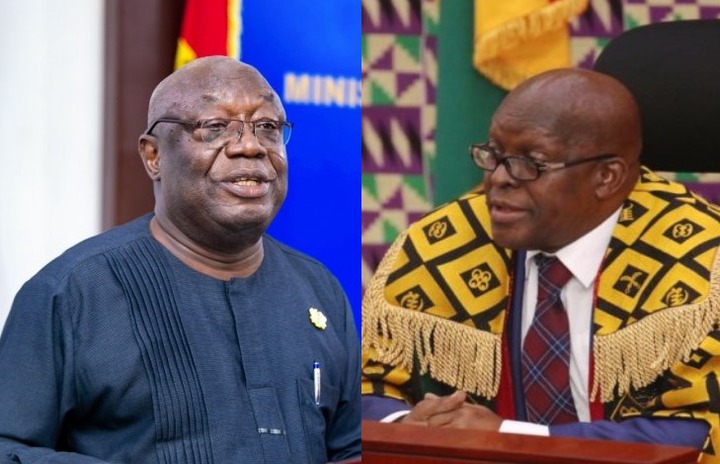 An accusation has been raised against the Speaker of Parliament, Alban Bagbin as being a mastermind to the humiliation that was visited on the Finance Minister Ken Ofori Atta last Friday in Parliament. Minister for Environment, Science, Technology and Innovation, Dr Kwaku Afriyie says the Speaker was biased towards the Minister and the majority.

He noted it was unfair and in total disregard for the person of the Finance Minister and that of the President, for a prayer by the former to be thrown overboard. He stressed that without granting the Minister the audience despite him being the recipient of the final consideration by parliament.

In an interview granted Okay FM, Dr Kwaku Afriyie noted that the Finance Minister had the right to be granted audience in Parliament, adding that it was a normal parliamentary practise. He alleged that the Speaker’s denial of his request to make public what he [Ken Ofori Atta] wanted to affect in the budget was purely driven by political bias.

“I mean no disrespect but his biases are irritating. If the Minister wasn’t ready to make some reconciliation he wouldn’t have been there. It is a normal practice, and no one knew what he had to say.

“But they said no! Be there for us to humiliate you and the government before you can make any amends,” he justified.

Dr Afriyie’s argument adds the concerns expressed by the Majority Leader of Parliament, Osei Kyei Mensah Bonsu that the Speaker acted without recourse to parliamentary procedure. By their argument, the Speaker played into the partisan politics in the House of Parliament to please his party; the National Democratic Congress (NDC).

The argument as to whether or not the 2022 Budget and Economic Policy is lawfully rejected remains contentious.