Hon. Amoako-Atta Should Be Made To Pay Back The Money Lost Through His Directives - Bernard Mornah

By Abigail.blog (self media writer) | 7 months ago 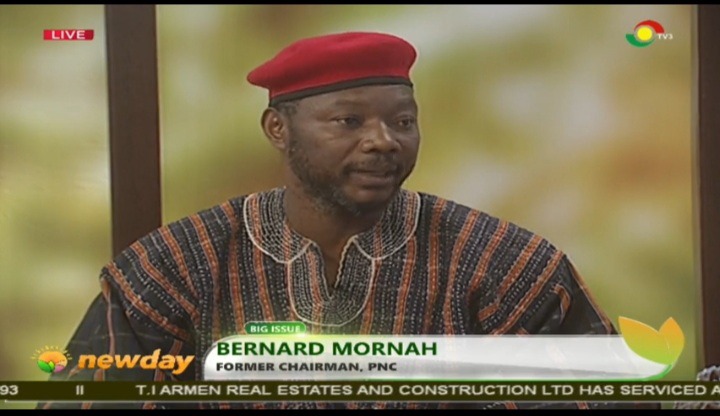 The former chairman of PNC, Bernard Mornah in a discussion with Berla Mundi on TV3's Newday, on the topic "Road Toll Suspension". Bernard Mornah shares his opinion with Berla Mundi and viewers that the Roads and Highway Minister has to pay for the loss he has caused the state. Road tolls has not been taken for a day now and still counting, all the revenue the country would have made through road tolls have now been lost.

Bernard Mornah says the Roads Minister, Hon. Kwasi Amoako-Atta knows the amount of revenue we generate from these tolls in a year. This can guide him to average it per day, so that he can pay that to the government everyday. Bernard Mornah says we are in a country of laws and the Roads Minister is a member of parliament and he makes the laws. He is surprised about the directives he has given. 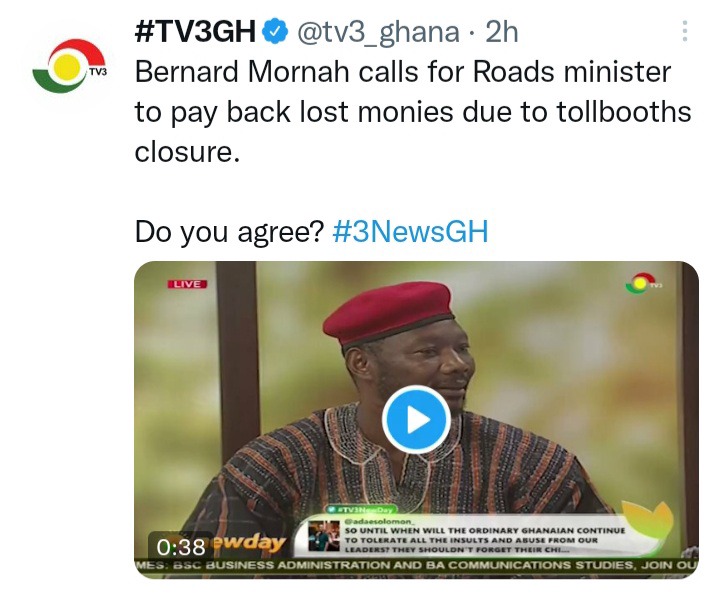 But he do know that once the toll act has been in place as a law of this country, it is only Parliament that has the capacity to say don't collect tolls and not an individual or the roads Minister. Bernard Mornah said this on TV3 today on the 19th November, 2021. As such the roads Minister should be made to pay back the monies we have lost due to toll booths closure which was as a result of his directives.

TV3 shared the statement Bernard Mornah made about the Roads Minister on their official Twitter page and have since seen many reactions from Netizens. Of course some will agree with his statement and some will disagree with him as well. 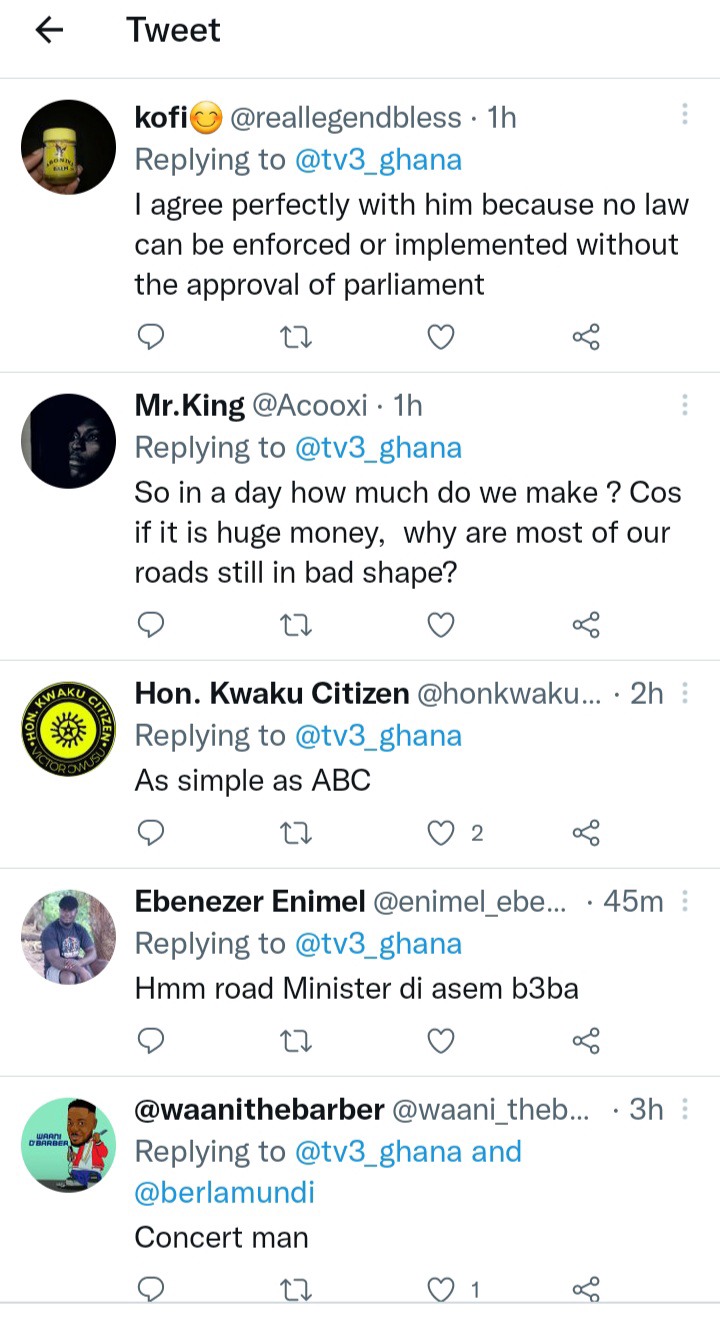 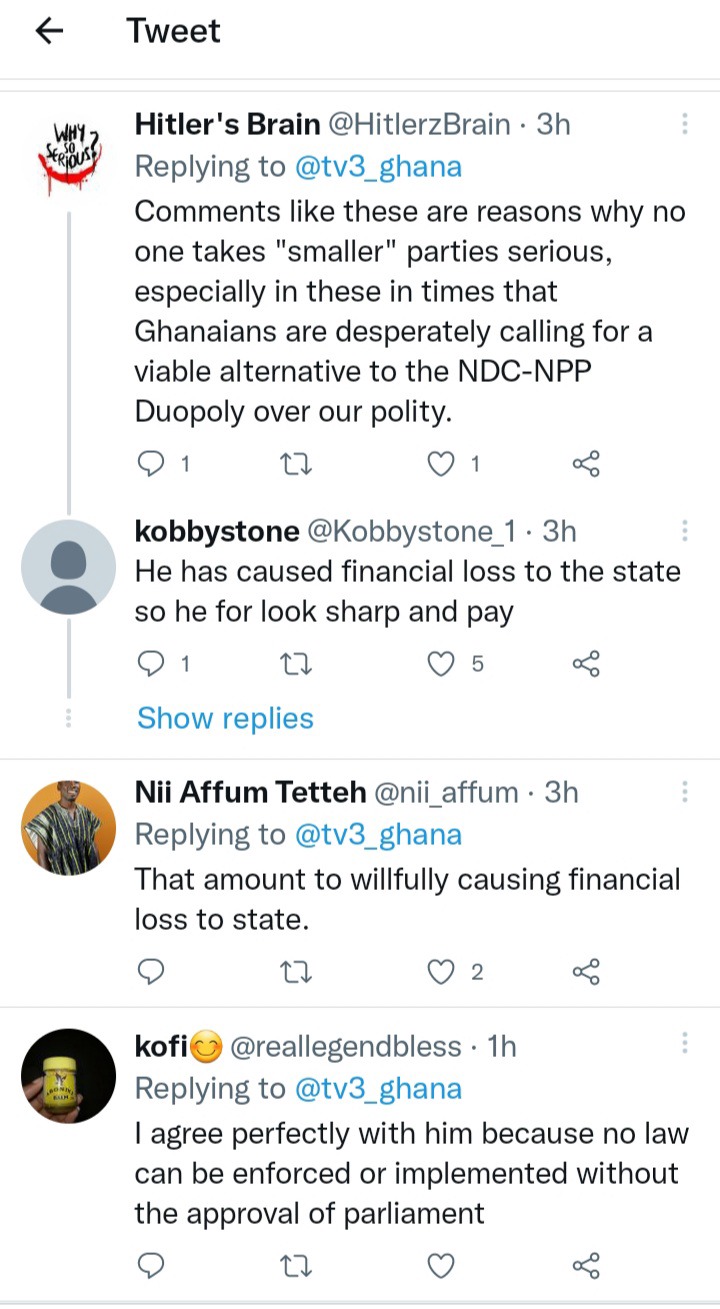 @reallegendbless says he agree perfectly with him because no law can be enforced or implemented without the approval of Parliament.

@HitlerzBrain also says comments like these are reasons why no one takes "smaller" parties serious, especially in these times that Ghanaians are calling for a viable alternative to the NDC-NPP duopoly over our politics.

@Acooxi also asked for how much we make from this road tolls in a day. And if it is high money then why are our roads still in bad shape?

GPRTU reveals: We may increase transport prices by 15 percent; The government has been informed