By Tamale_Online (self media writer) | 3 months ago 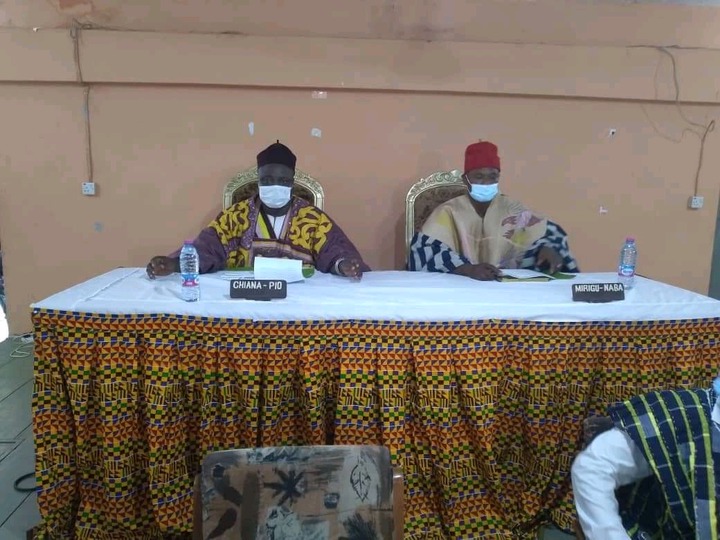 The Upper East Regional house of Chiefs have eulogized former president John Dramani Mahama for his God sent nature as a president of Ghana.

The paramount chief of the Chiana traditional area ,PE Dituudini Adiana Ayagitan III , president of the Upper East Regional House of Chiefs in an address expressed much appreciation and thankfulness to the former president and flagbearer of the National Democratic Congress (NDC), in the just ended general elections, John Dramani Mahama.

He thanked John Dramani Mahama for the massive infrastructure given the good people of the Upper East Region such as roads, quality education and good healthcare.

The parount Chief added that, his calm composure while he was the president of the Republic and out of office speaks volumes about him. "The obvious observation is that you did not only preach peace but an epitome of peace", He added.

He further appreciated his recent handling of the just ended general election petition spoke volumes of the caliber of person former president John Dramani Mahama was to the good people of Ghana.

He said "these beautiful attributes found and exhibited in you we encourage you to keep it up as tension and civil unrest strives when political leaders actions and intends encourages their followers".

"Conflict retards development and we must collectively guide against anything that can put our nation into chaos, PE Dituudini Adiana Ayagitan III emphasised.

Content created and supplied by: Tamale_Online (via Opera News )