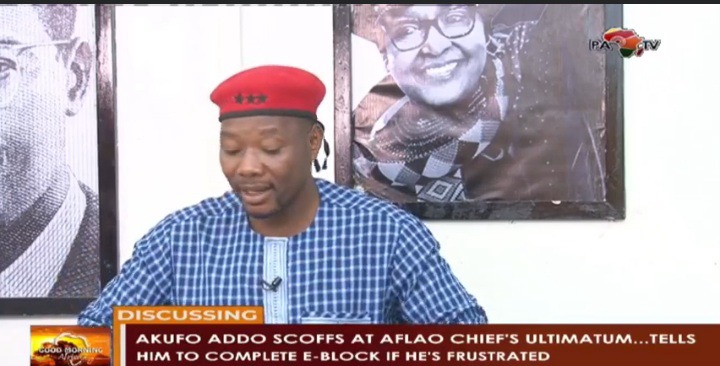 President Akuffo-Addo has been in the news over the past weeks after making serious comments during his interviews and working tours. Recently, the President denied the NPP's manifesto recorded promise to build a harbour for the people of Cape Coast. His statement was in clear contradiction to the promise made by Vice President, Dr. Bawumia.

As we thought all the brouhaha had seized after he openly apologised to the cape coasters, he has sparked another controversy with his response to the Chief of Aflao. Recall, the President in an interview on Peace FM yesterday, he rubbished the ultimatum given by the Aflao Chief and traditional authorities over the abandoned E-block in the community. Many Ghanaians; especially political commentators have chastised the President for scoffing the Chief.

The former Chairman for the People's National Convention (PNC), Bernard Ambataayela Mornah has also waded into reactions concerning the aforementioned issue. He has registered his resentment over the President's statement, calling on him to retract and apologise to the Chief and elders of Aflao. 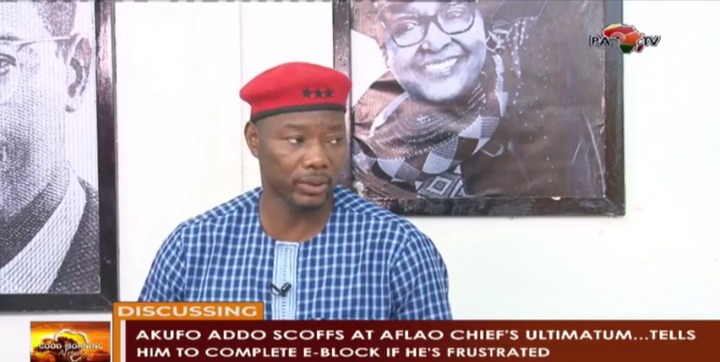 He made this statement when speaking in an interview on Good Morning Africa show today. Bernard Mornah has vented his anger on President Akuffo-Addo and described him as an "arrogant" leader. According to him, the President was misguided to misfire in his response. He believes that, in the first place, Akuffo-Addo should not have granted the interview in the studios.

Speaking further, he indicated that the President is being misled by his power to make uncouth and disrespectful statements. Also, he heavily descended on Kwame Sefa Kayi for joining the President to lampoon the residents and Chief of Aflao. Bernard Mornah described Sefa Kayi as a hypocrite who has disown his own people.

He said, "What did this chief did wrong? He was just pleading that you complete the project for his people. If our Chiefs cannot call for development then this country is becoming something else. How does a President say that? This is arrogance and disrespect to the Chief. Maybe, the President did not understand the Chief."