Gabby Otchere-Darko Drops The Bombshell: I Am Against The Anti-gay Bill And Not Afraid To Say So

By AduanaBa (self media writer) | 7 months ago

Mr. Gabby Asare Otchere-Darko, a staunch leading member of the ruling New Patriotic Party (NPP) has finally stopped hiding his face and has placed 'his neck on the chopping board' for what he stands for in the Ghanaian society. 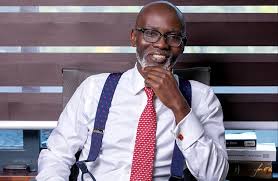 According to him, he is against the anti-gay bill that is currently pending in the Parliament House and for once, he is not shy to talk about it in public.

He made his stance and intentions known on the wide social media platform, Twitter at the latter hours of yesterday. This has started generating momentum with lots of retweets, surprises, and mixed reactions after his proclamation on the internet.

He went on with his tweet that, he is not against any group and also believes in tolerance. Thus, the ability to live at peace with everyone; a thing that has been a known fibre of the country since the beginning of time.

The Member of Parliament for Ningo Prampram Constituency also commented and this time, he took it to a different level by politicizing it and not focus on the main points he raised.

Sam George said he is against nepotism, cryonism and the likes which destabilizes a nation and thus, in a way attacking the political party that Gaby stands for.

The controversial bill which is currently before Parliament has been termed as the Promotion of Proper Human Sexual Rights and Ghanaian Family Values Bill. This bill despite its numerous flaws and entrenched clauses that has been expressed by some anti-gay groups in the country seems to carry over 90 percent of the Ghanaian populace's position and notion as Africans about this culture which is alien to the continent.

Initially, he made some comments that made people suspect that he might be against the bill. Nonetheless, he has finally spoken up to confess his stand and why he is against the bill that is currently pending before Parliament.

3 Best Things To Do If You Caught Your Woman Cheating.

It Stinks, We Cannot Live With It - Hon Ablakwa Finally Reveals Another Bold Secret About Cathedral