Albert Kwadwo Adu Boahen (24 May 1932 – 24 May 2006) was a Ghanaian academic, historian, and politician. He was an academic at the University of Ghana from 1959 to 1990, from 1971 onwards as a professor. As a politician, he notably was a candidate in the 1992 Ghanaian presidential election, representing the main opposition New Patriotic Party.

Boahen was born in Oseim to Presbyterian parents, and had his ancestral roots in Juaben in the Ashanti Region. He attended religious schools between 1938 and 1947. He then spent three years at the Mfantsipim School before enrolling in history studies at the University College of the Gold Coast in Legon. He graduated in 1956.[1] In 1959 he received a Ph.D in African history from the School of Oriental and African Studies in London, as the first Ghanaian.

He was employed at the University of Ghana in 1959, and was a professor from 1971 to his retirement in 1990. He chaired the Department of History there from 1967 to 1975,[1] as the first African to do so, and was a dean from 1973 to 1975. He also served on the editorial board of The Journal of African History published by Cambridge University Press, and was a visiting scholar at such institutions as the Australian National University in 1969, Columbia University in 1970 and the State University of New York in 1990 and 1991. Between 1993 and 1999, he also worked in the UNESCO committee that published the eight-volume work General History of Africa.

Boahen's academic work crossed over into politics. In February 1988 he publicly lectured on the history of Ghana from 1972 to 1987. Because of this, he is credited with breaking the so-called "culture of silence" which marked the regime of President Jerry Rawlings, who had served continuously since 1981. The lectures, originally held in the British Council Hall in Accra, were published in 1998 as The Ghanaian Sphinx: The Contemporary History of Ghana 1972–1987.

In 1990 he co-founded the Movement for Freedom and Justice, and served as its first chairman. The ban on political parties in Ghana was lifted in 1992. In the subsequent 1992 presidential election, Boahen was the New Patriotic Party (NPP) nominee, with Roland Issifu Alhassan as his running mate for vice president.[3] Boahen lost to Jerry Rawlings,[1] but received 30.4% of the vote. Due to dissatisfaction with alleged ballot rigging in that election, Boahen boycotted the 1992 parliamentary election.[1] In the 1996 presidential election, John Kufuor stood instead as the candidate for the NPP and fared somewhat better than Boahen, receiving 39.6% of the vote. In 1998, Boahen tried to return as the New Patriotic Party's presidential nominee, but Kufour was chosen instead. Ultimately, Kufour won the 2000 presidential election and became President.

Boahen spoke out against Marxist history early in his career. Politically, he described himself as "a liberal democrat, a believer in the freedom of the individual, the welfare of the governed, and in private enterprise and the market economy".

Boahen was a member of the Ghana Academy of Arts and Sciences, and in 2003 a Festschrift entitled Ghana in Africa and the World was published, edited by Toyin Falola. UNESCO awarded him the Avicenna Silver Medal.

Boahen died on 24 May 2006, his 74th birthday. He was survived by his wife Mary Adu Boahen and his five children. Jerry Rawlings was among the mourners who paid a visit to his family. He was honoured with a state funeral, and in June 2006 was posthumously awarded the Order of the Star of Ghana. John Kufour inaugurated a National Honours Day on 30 June, and several others were awarded the Order. His roots can be traced down to Osiem, a village in the Eastern Region of Ghana where his place of residence has been given the area council building. His son Charles Adu Boahen is a deputy minister of state in Ghana, appointed by President Nana Addo Akufo-Addo. 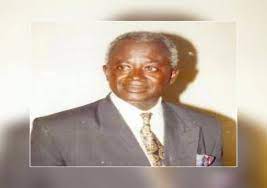 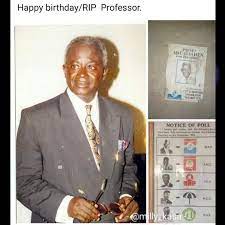 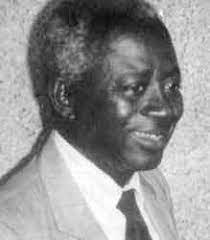