By Wysopera (self media writer) | 1 day ago The LGBTQ community according to Larry Madowo, the Kenyan born CNN presenter would be afraid to walk the streets of Ghana should the anti-LGBTQ bill be passed into law.

The famous Sam Nartey George simply answered by saying that anyone violating the laws of its nation must be afraid. He continues to clarify that if that not be the case, then there is no essence of law.

Although the majority of citizens of the Republic of Ghana has hailed the renowned parliamentarian day after day for his wisdom displayed in debates against the LGBTQ community, there are still certain individuals and entities that still raise the concern that the practice of LGBTQ should be allowed in Ghana.

Private Legal Practitioner, Lawyer Akoto Ampau has received serious questions and reactions after he seeks to query religious leaders in Ghana on their stand for the anti-LGBTQ bill presented before parliament by the Honourable member of parliament, Sam Nartey George. 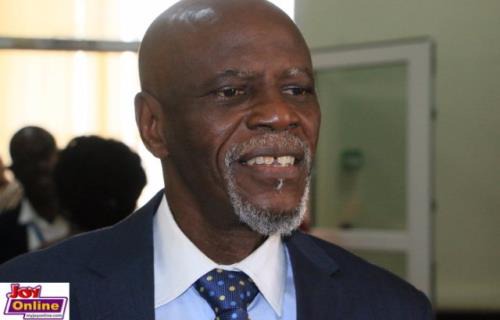 Ghanaians have descended heavily on him with questions that one may not think of.

Sowah Laryea was disappointed in the comments of the famous legal practitioner and have told him that he has lost respect for him.

There are certain practices that have been termed as an abomination or a taboo, not only in the Ghanaian community, but also in most African countries.

Sowah has asked why the lawyer he has grown to respect has decided to support an act that he terms as an abominable act.

3 Things A Woman Can Do To Make Her Relationship Better.

When I Saw The Seven Supreme Court Judges, I Lost Hope: John Mahama Speaks On The Election Petition

Another Anti-LGBT Proponent ‘Runs’ To Church For Hot Prayers

I dress like a married woman and that makes people respect me. I wish I was married - Eriata Ese