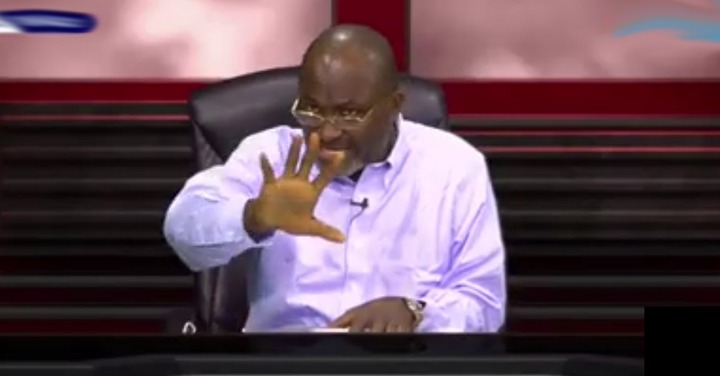 The Member of Parliament for the People of Assin Central, Mr. Kennedy Ohene Agyapong has disclosed that he has a problem with his own New Patriotic Party (NPP).

The outspoken Member of Parliament has unleashed wild allegations against the NPP indicating some leaders in the Party are not serious to assist the victory of the Party in the upcoming December 2020 polls.

Mr. Kennedy Agyapong alleges that he had a hint about a plot to assassinate the Gender Minister Cynthia Mamle Morrison, who is also the Member of Parliament for the people of Agona West Constituency.

According to him, he relayed the information to the Minister who took swift response to safeguard her life. Mr. Kennedy Agyapong further revealed that he was unable to sleep on the night of Saturday 17 October 2020, after he had the information.

However, various calls to security personnel appointed by Nana Addo Dankwa Akufo Addo to protect citizens refused to save the situation. He says the Minister also called and nobody was willing to help.

“I will say the truth. I have a problem with the NPP, most of the leading members are not willing to help when you need them. When Cynthia Mamle Morrison was in trouble on that Saturday night, she called all the security guys for help and they did not mind her. She called a top security guy in the NPP for help but he ignored her and even switched off his phone. You are a big security guy in this government and you just ignored us in this time of need. Everything I’m doing is for the Party, you can decide not to take me seriously. Mr. Kennedy Ohene Agyapong noted.

Some young men have been arrested in the Agona West Constituency, after they were busted in a hotel for allegedly plotting to end the life of Cynthia Morrison.

They are currently in the custody of the police assisting investigations. The NDC parliamentary candidate in the area has been accused for issuing a cheque for the alleged assassinators.

Mr. Kennedy Agyapong alleges that the NDC is plotting different forms of violence ahead of the 2020 elections. He says the NPP will not allow them to cause troubles whilst they are in government.

"As Long As There Is Love, Height Doesn't Matter" - Reactions After This Couple Posted Their Photos