By Bordexa (self media writer) | 1 month ago 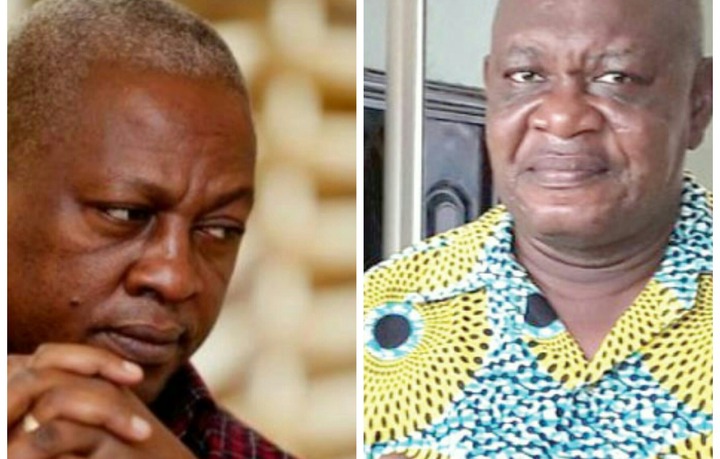 Mr Yaw Dabie Appiah Mensah, a prominent member of the New Patriotic Party in the Bono Region has asked former President John Dramani Mahama to highlight his vision for the nation, instead of 'trying to make the government undesirable in the eyes of the people.

We already know that former President John Mahama is still on the 'Thank You' tour. He has visited various regions and is presently in the Central Region. Where He is showering his praise and thanks to the good people of Ghana. During this tour a lot of criticism has been made by the former president and also some has been made against Him. Let's have a look at the most current criticism that has been made against John Dramani Mahama.

Mr Yaw Dabie Appiah Mensah, a component of the New Patriotic Party in the Bono Region is giving some criticism about Former President Mahama. He disclosed that in His Thank You tour He is expected to notify Ghanaians on what the NDC government will do to build a better society for all, instead of saying stuff that will tarnish the image of the current administration of the NPP. When the former organiser of the NPP was been interviewed by Ghana News Agency (GNA), He disclosed that the NDC destroyed the good foundation laid by former President Kuffour towards National development which I think is true. I can't tell your stand, but I agree with him as He said that the NPP government have performed credibly well with the enactment of logical policies

He continued saying that this is the right time for the NDC and Mahama to advertise their poverty reduction strategy to Ghanaians instead of going for that Thank you tour. This is one of the best criticism that I have so far observed in Ghanaian Politics.