How Can You Say John Boadu Was Lying? – NPP Communications Tells Johnny Hughes In The Face

By Still_Unbeatable (self meida writer) | 10 days

There has so many eyebrows raised as to why President Akufo-Addo has been unable to appoint MMDCEs. It’s been about 9 months already and still the President is unable to bring out his list out. Many have argued that the president is under so much pressure from people who want their people appointed and that was why he had delayed. Others say the MMDCEs of his first term failed to perform and so he is being careful this time. 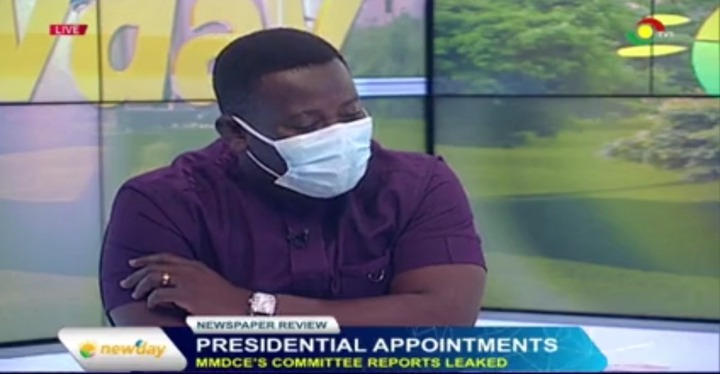 However, it is clear to conclude that it has taken quite a while. Johnnie Hughes who has been a huge critic of the Akufo-Addo government keeps asking the NPP panelist who turn up for his show same question and all keep saying that the president is in consultation with some stakeholders before taking a decision.

Today, Monday, September 13, 2021, Johnnie Hughes went point blank when he queried Fuseini Issah, Former MP for Okaikwei as to what is causing the delay. According to Johnnie, in one of the NPP numerous conferences, John Boadu had mentioned that the president will release his list a week after returning from his trip from Germany. 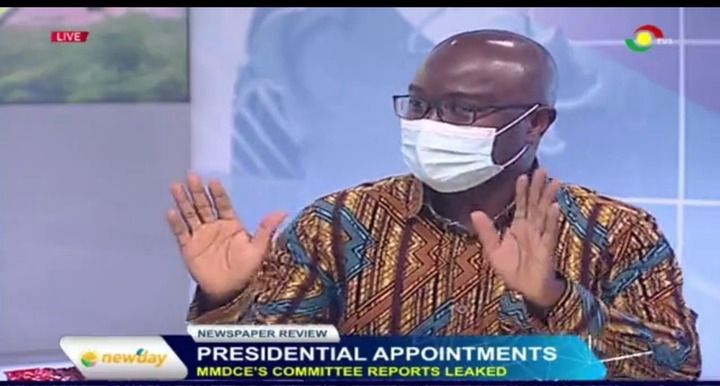 Johnnie added and queried Hon. Issah whether this means that John Boadu was lying to Ghanaians because this hasn’t come to pass. Johnnie noted that it has been 2 weeks and still nothing of what John Boadu said has been fulfilled regarding the appointments. This apparently caught Hon. Issah who said that the party’s general secretary did not lie. He maintained that the list will be released in a matter of days because the president is still doing some consultations.