By Tinchie (self media writer) | 22 days ago 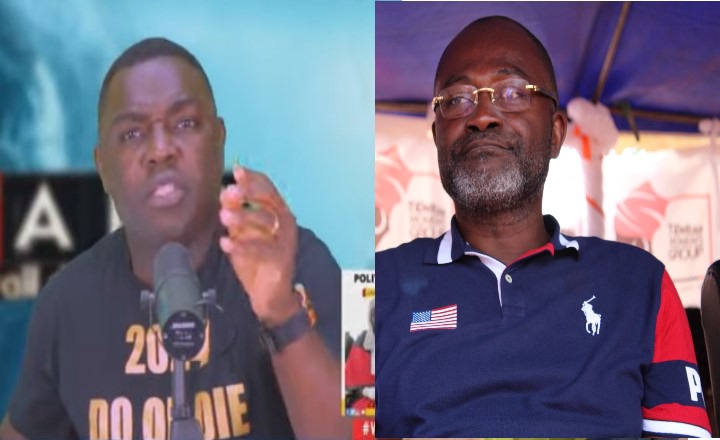 Broadcast journalist Kevin Ekow Taylor has called who is being threatened by a defamatory suit from the Assin Central legislator, Kennedy Agyapong says he will purge the latter before he leaves the United States of America. According to him the threat of legal action has long been trumpeted by Mr. Agyapong but without materializing, could end up as a hoax.

He noted that it would be disastrous for the lawmaker to fail to case his prosecution over an alleged defamatory statement made against him. Kevin Taylor avers that Kennedy Agyapong is not bold enough to effect the suit because his claims cannot stand in the competent courts of the US.

In his editorial this evening, the self-styled broadcast journalist said he would teach the lawmaker a regrettable lesson if he ever advance his charges against him. Kevin Taylor mocked that Kennedy Agyapong would be struck bankrupt at the end of the case, adding that he will get richer by the suit.

“I will purge you believe. I am telling you. I am dangerous and so forget about my age.

"I want you to enter the court. I really need to make money out of this case. I will cause you to sell your properties in the US to defend this case, and I will bring the smarted and youngest brain to my defence.”

“You thought you will have an easy sail in America to press charges against me? This isn’t Ghana.

“You cannot go about lying here. I will deal with you the way the laws want everybody is to be dealt with.”