By Spanio (self media writer) | 2 months ago

A tax is a governmental organization's mandatory financial charge or other sort of levy imposed on a taxpayer (an individual or legal entity) to fund government spending and related public expenses. Failure to pay taxes, as well as evasion or resistance to taxation, is illegal.

Mr Kenneth Nana Kwame Asamoah, the Acting National Chairman of the United Progressive Party (UPP), claims that many Ghanaians are not paying taxes because of President Akufo-Addo. 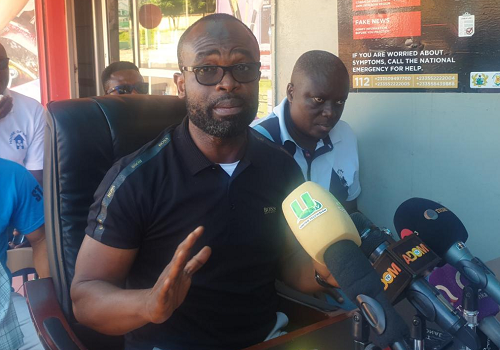 According to him, when in opposition, President Akufo-Addo fought several tax reforms and demonstrated against tax policies, and as a result, many Ghanaians do not see the necessity to pay taxes under his presidency.

Mr Asamoah made the remark while speaking to the media at a news conference in Accra on Saturday.

He claimed that while President Akufo-Addo led demonstrations against the Value Added Tax (VAT) when it was first implemented, he has never abolished it since taking office (VAT).

According to him, President Akufo-recent Addo's call for Ghanaians, particularly professionals such as lawyers, to honor their tax obligations was a good one, but he should not only criticize past governments for their mistakes, but also praise them where they deserve it, such as the introduction of some taxes such as the VAT.

President Akufo-Addo encouraged lawyers and other professional organisations to honor their tax commitments to the state during this year's Ghana Bar Association's Annual General Conference, which was held in the Upper East regional capital, Bolgatanga, on Monday, September 13.

Mr. Asamoah stated that taxes are essential for every country's progress, asking lawmakers to use taxes wisely so that tax payers have a reason to comply with their commitments.

He added that many Ghanaians are deterred from paying taxes since politicians do not use the money for the intended reasons, pointing out that many highways in the country are in poor condition, although road users pay tolls all the time.

He believed that if you put your mind to it, you can achieve anything. He was of the view that if damaged roads are constructed, commuters will not renege to pay road tolls, saying “People should get benefit from the taxes they pay,” and that "People should have reason to pay taxes."