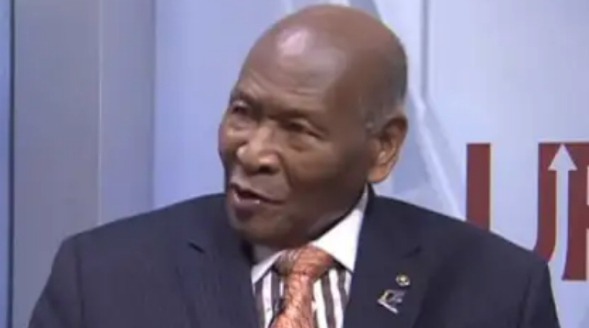 A Council of State member, Samuel Awuku Okudzeto, has received several backlashes from a section of Ghanaians after he attempted to defend the presidential travels of President Akufo Addo.

Without mincing words on 'Good Morning Africa' on Pan Africa television, the former chairman of the PNC, Bernard Mornah, has described Samuel Awuku Okudzeto and his generations as a failure to the country when he reacted to the comments he made.

According to Bernard Mornah, in an African setting, we are told to honor, respect, and not to speak against our elders, but when you have irrational elders like Sam Okudzeto who's pronouncements are catastrophe to the extent that they can lead to the destruction of the society, he would maintain the dignity of the society than to keep the dignity of an elder who makes a useless pronouncement.

Bernard Mornah asked that what is the crime of the media in this whole incident of trying to expose the unreasonable actions of the president who has decided to live a luxurious life at a time when the rural people are still drinking water with animals?

He indicated that despite all the problems confronting the citizenry of this country, we still have someone on the council of state who is supposed to be advising the president on the happenings of this country, come to tell us that this whole issue of the presidential travels and the cost of the jet is the "stupidity" of the media, then he is part of our problems because he has ill-advised the president.

"I cannot see why any reasonable elder in our society will not ring the president and tell him that Mr. President Akufo Addo, behave like your colleague presidents."

He revealed that when Magafuli was the president of Tanzania, he went to the UN with an economic class plane with his aide and the foreign affairs minister and returned immediately back to Tanzania.

" Okudzeto and his generations have failed us all. We are too tolerant to contain you, so don't add insults to our injuries."

Bernard Mornah added that persons like the Okudzeto's who are speaking today benefited from the good policies of Dr. Kwame Nkrumah, and it is now sickening to get up and listen to people like him.

Do You Know Why People Always Talk Behind Your Back? These Are Some Reasons For You.