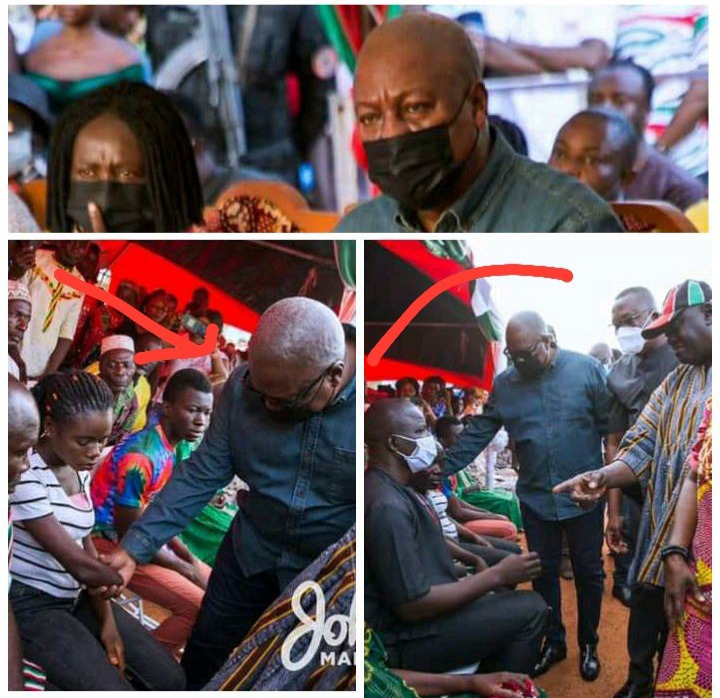 Former President of the Republic, John Dramani Mahama has his name in the history books as one of the greatest presidents Ghana has had in the fourth Republic. His prowess and impeccable abilities in leadership, and his sense of response to issues of national concern has added luster to his name. It is without doubt that, his achievements as President are incomparable to some of his predecessors.

The former President and leader of the opposition National Democratic Congress has won the hearts of many Ghanaians with his humane gesture. Recently, the former President and some bigwigs in the party have paid a visit to some victims who were engaged in an unfortunate accident in the lead up to the 2020 elections.

The accident, which happened on November 21, 2021 sent bad news to the NDC because these people were on a trip to Ejura for a constituency rally. The sad incident resulted in some death of innocent souls while many were injured and taken to the hospital. The brand chairman had his legs amputated after he incurred some serious injuries.

Mr. Mahama on his thank you tour to the Ashanti Region has paid to the victims and families of the deceased. He also addressed the Chief and expressed his appreciation to the people for their support and votes. He continued to give them a positive hope for better changes in the future. Mahama exhibited his heartwarming gesture by donating a bounty amount of fifty thousand Ghana Cedis (GhS50,000).

The people also expressed their profound gratitude to Mahama for remembering them in their difficult times. They also assured him of their votes in the next general elections. John Mahama's gesture has received massive admiration from Ghanaians on social media. Comments revealed that Ghanaians are ready to hand over power to him to lead the nation in 2024. 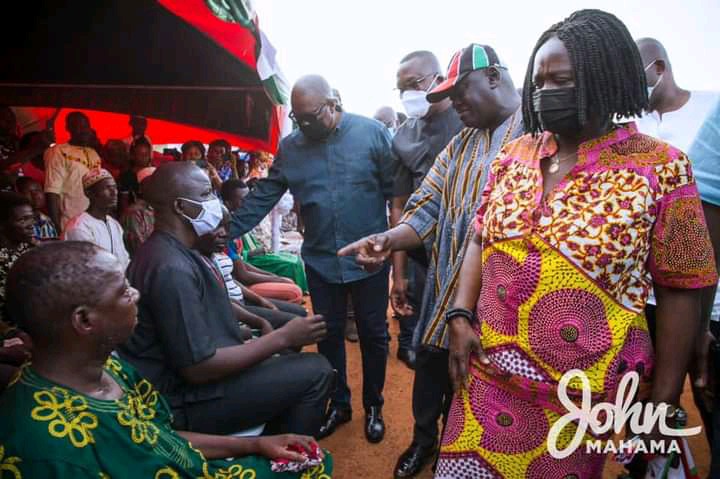 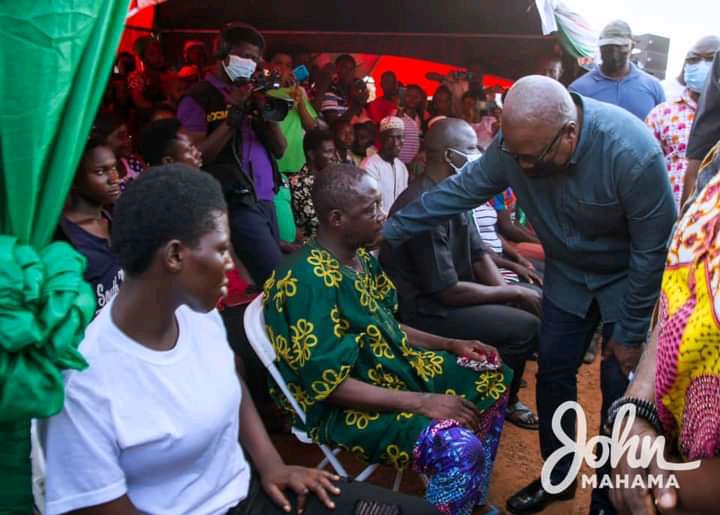 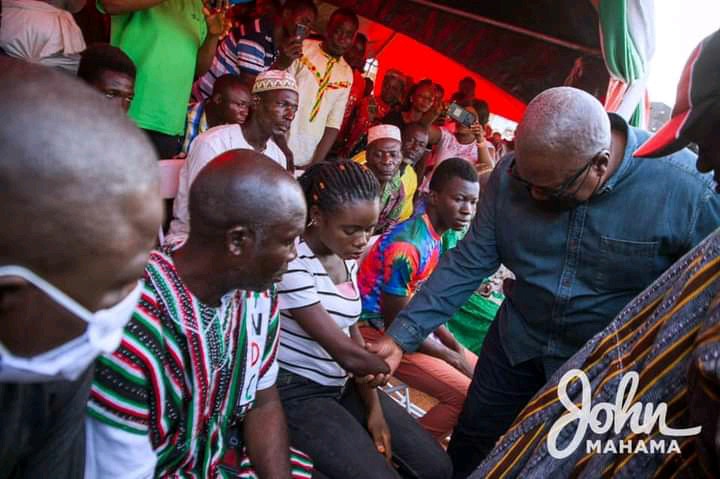