Presidential Jet Saga: It's Like A Play Back- Nana Akomea Speaks And Causes Stir 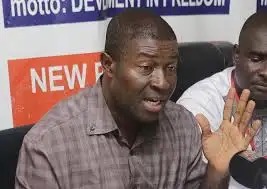 Nana Akomea making his submission on the trending issue on Metro TV good morning Ghana show today, Friday, 3rd September 2021 stated that what is currently happening under Nana Akufo-Addo's watch is like a play back.

According to Nana Akomea, during former President Jerry Rawlings time, there was a similar issue about Presidential Jet which some people said that President Rawlings was using a plane that looks like a "coffin" and call for new one which caused massive attention during Rawlings term of office. He said that those who were making the "noise" then are the same people accusing President Nana Akufo-Addo today.

Nana Akomea stated that when President Kuffour refuses to use private jet to travel during his regime, he was still bashed for traveling too much and said although Kuffour's travels is a different matter but it generated a public matter then.

According to him, the presidential Jet Saga is like a play back because former President, John Dramani Mahama also use private jet in 2016 which cost $11,000 an hour for 7 and half hours.

Nana Akomea went on to defend President Nana Akufo-Addo by saying that due to his travels to Germany, Ghana got extra 300,000 covid-19 vaccine dose from Germany Government. 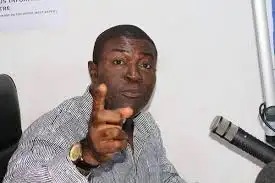 " The presidential travels is like a play back. We don't know the actual cost yet because it's only Okudzeto Ablakwa's figures is out there and we all know how Mahama travel in 2016 with private jet that cost $11,000 an hour. Fine, Okudzeto Ablakwa said the recent travel cost £14,000 an hour but i can say that we have benefited from it. Due to the President's relationship with Germany we got 300,000 vaccines which save us 1.5 million dollars. The figures we can play with is Okudzeto Ablakwa's figures unless national security minister come out with different one" he said.