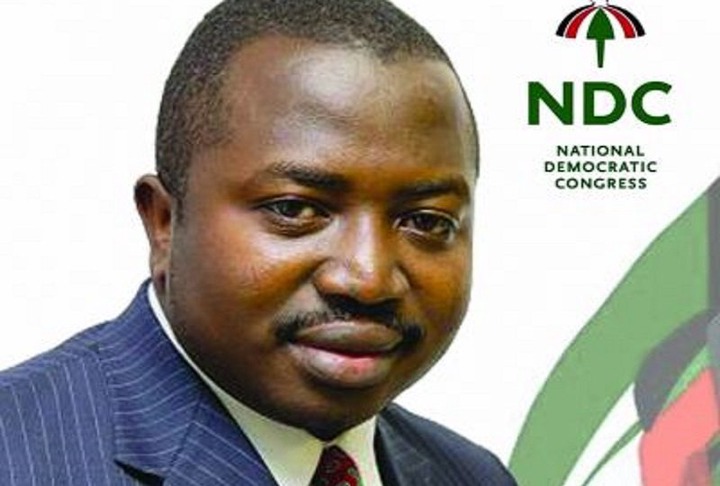 A suspended member of the opposition National Democratic Congress has thrown some heavy jabs at John Dramani Mahama and the leadership of the party. Mr. Stephen Atubiga who has been expelled from the party made some wild allegations against the party he was once an active member of. Mr. Atubiga who was suspended from the party this year due to what the party called anti-party behavior asserted in a Facebook post that the president of the country, Nana Addo Danquah Akuffo Addo should concentrate on the good works he is doing for the nation and should be unperturbed by the pressure by the opposition National Democratic Congress for him to complete inherited projects.

Mr. Atubiga who claimed, most contractors of the NDC are broke or bankrupt because the party didn't pay them while they were in government, also said some of them foresaw rippling effects of non-payment of contractors when the NDC was in power and advised the Financial Minister against it, but were not given a listening ear.

He added that the party didn't reward the foot soldiers who broke their backs for the party to win power in 2012. To him, the National Democratic Congress is still repeating the same mistakes they made in the past. He advised the National Democratic Congress to apologize to the grassroots supporters for disappointing them and learn good governance from Nana Addo Danquah Akuffo Addo who is enlisting a lot of people in the services and creating jobs to reward loyalty and hard work instead of Mahama going round on a thank-you tour. 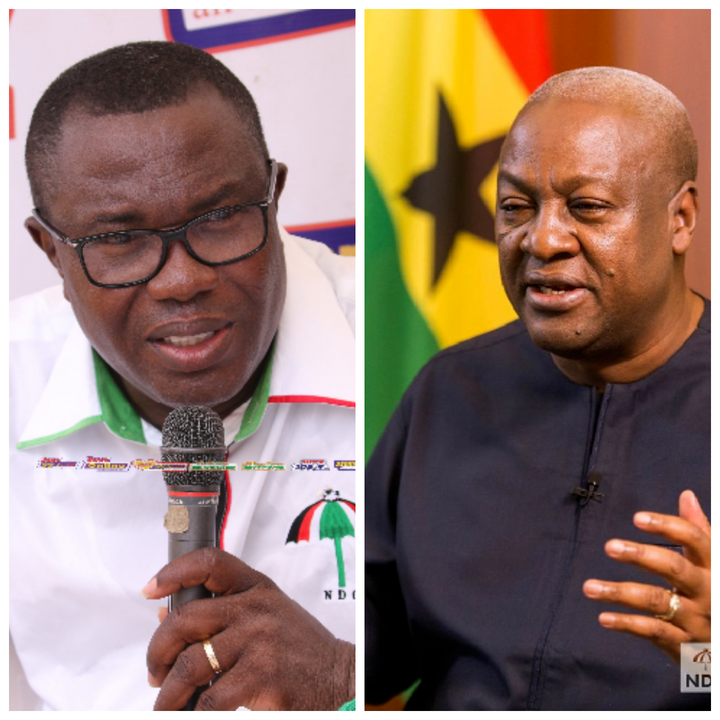 Mr. Atubiga further stressed that electorates who voted for the party in 2016 will not be convinced to vote again for the NDC just by a thanking them most especially when the party was unable to account for their votes in court during the 2020 election petition case. He again bemoaned the attitude of the Chairman of the party, Mr. Ofosu Ampofo for tagging some of them as NPP when they try to right the wrongs in the party. 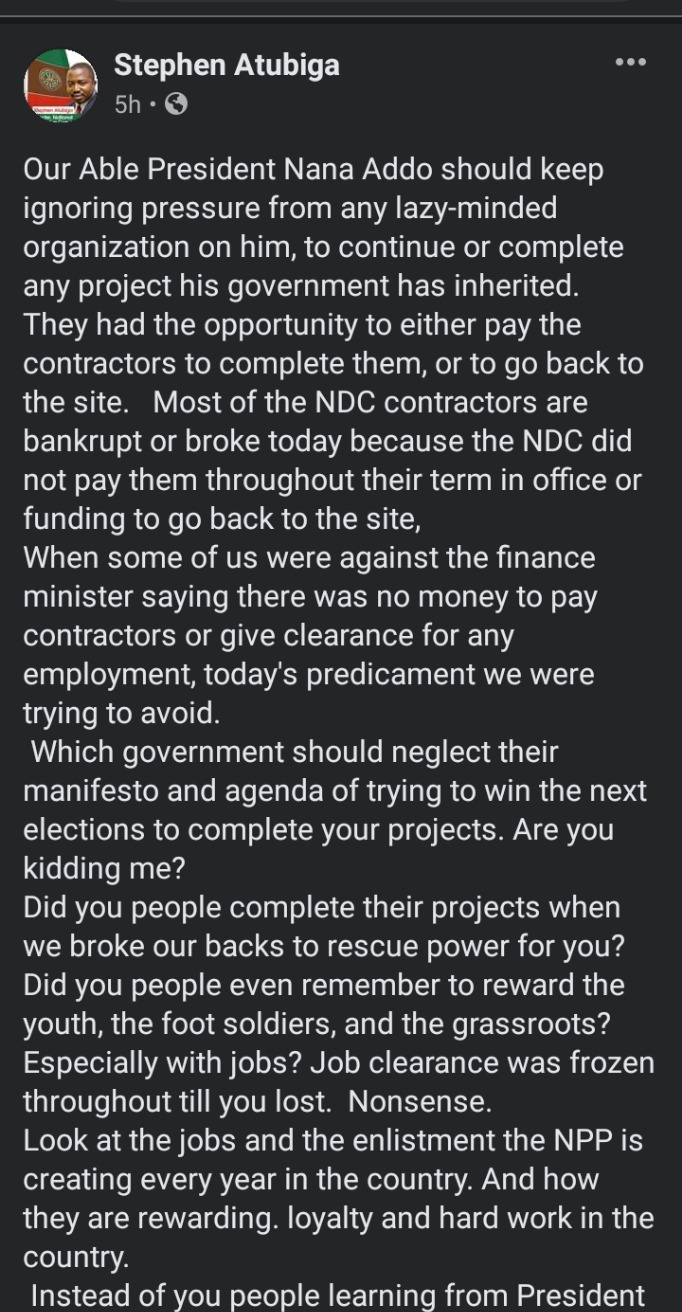 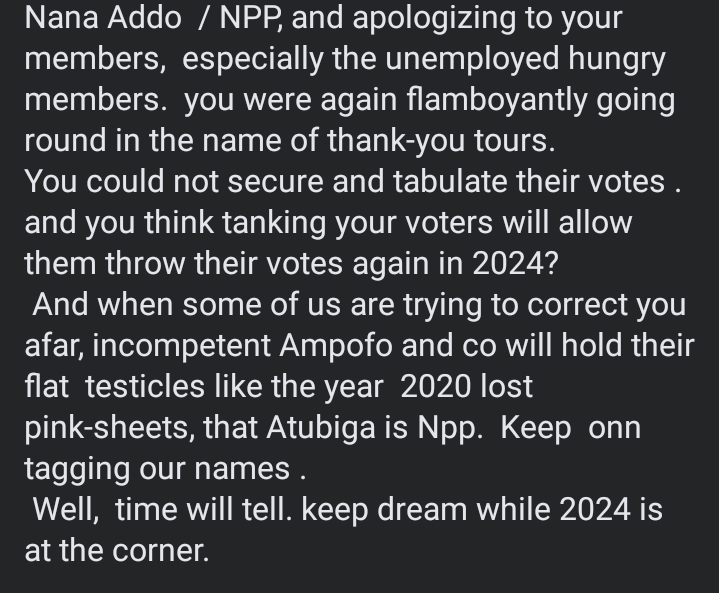