By Kingam (self media writer) | 3 months ago 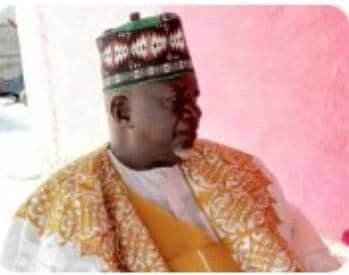 The Nasara Coordinator of the Suame Constituency branch of the New Patriotic Party, Alhaji Eliasu Ipala (aka Kasanipaho) has cautioned the former Presiding Member of the Kumasi Metropolitan Assembly Nana Kofi Senya to stop blackmailing the Mce for Kumasi Suame.

Speaking to the Correspondent in an interview lpala alleged that since the appointment of Hon Maxwell Ofosu Boakye as the MCE for Suame the former Presiding Member of KMA has been attacking him.

However inspite of the former Presiding member's allegations against the MCE he (Senya) has failed to prove his claim with any credible documents, Kasanipaho hinted.

According to Kasanipaho Nana Senya has also allegedly been using the media to disrepute the Mce but findings have shown that there no truth in his blackmailing campaign.

To the Nasara Coordinator he could see the alleged conduct of Nana Kofi Senya as a means to make himself popular in Kumasi.

Stressing that since his exit from the Kumasi Metropolitan Assembly nobody has heard of him.

In an answer to a question the Nasara Coordinator indicated that the Executive members of the Suame Npp have advised the MCE to focus attention on his work and leave Nana Kofi Senya alone.

Indicating that the Executive members of the party are aware of the alleged dirty politics the former KMA officer is doing to blackmail the MCE.

Alhaji Eliasu Ipala took the opportunity to advise Hon Maxwell Ofosu Boakye to remain resolute and work hard to prove to the world that he never accepted the position because of his stomach.

But rather he is in to seek for the welfare of the people.

When Nana Senya was reached for his defence he was not present as the reporter was told that he has traveled to Accra on business trip.