Tussle Over Who Succeeds Akufo Addo: Joe Ghartey For 2024 Billboards Pop Up 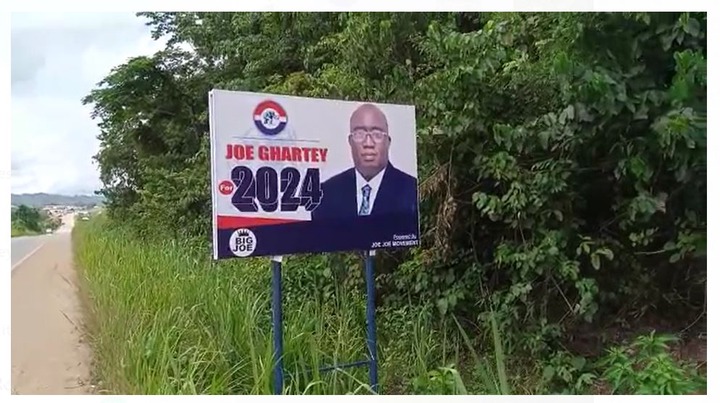 The President, Nana Addo Dankwa Akufo Addo has secured a second mandate to rule Ghana. This was after a majority of the population voted for him in the 2020 general elections. Already, the President has appointed his ministers who are spearheading the various ministries.

Since the government is still new, some key appointments including Municipal and District Chief Executives are yet to be approved. As the President is yet to settle, the tussle of who succeeds him has already begun. Already, some names have popped up as possible candidates for the next congress of the New Patriotic Party. 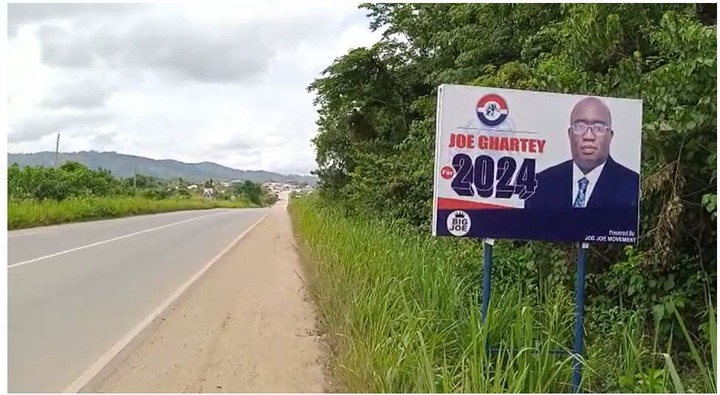 The NPP is aiming at breaking the eight-year circle but the candidate to lead the Party after Nana Addo Dankwa Akufo Addo is the issue under discussion. The party has already warned interested candidates to remain calm until nominations are opened. The argument is that the President needs time to fulfill his promises made to the country and such issues may distraught him. The rules of the Party also frown on the act.

But it seems Mr. Joe Ghartey, the Member of Parliament for Essikadu Ketan Constituency in the Western Region is ready to lead the NPP in breaking the eight. Some billboards that have popped up in some parts of the country have his images boldly printed on them with a simple message. 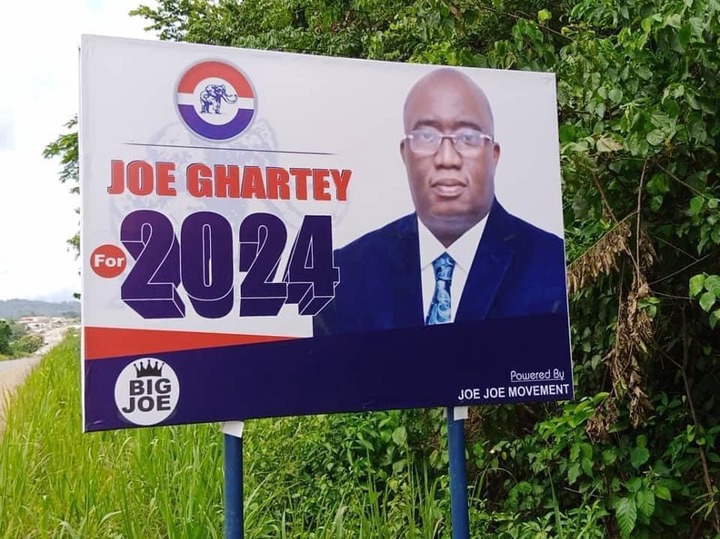 These billboards could be seen standing by a roadside looking clean like they were recently erected. A picture of Mr. Joe Ghartey is boldly printed on them with the colors of the NPP in the background. The elephant is obviously not missing on the billboard with the inscription “Joe Ghartey for 2024, big Joe and it is powered by the Joe Joe movement.

The leaders of the Joe Joe Movement are currently unknown but it seems they are ready for the battle ahead. The location of the billboard is visible to any passing vehicle even though the location is unknown immediately. It is also unknown if Mr. Joe Ghartey is behind the billboards.