By DCKWAMEKWAKYE (self media writer) | 9 months ago 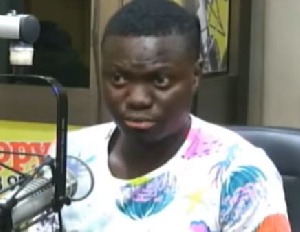 Nana Kwaku Peprah who is commonly known as Ayaaba or Quotation Master or Lucifer has stated the reasons why he thinks former president Rawlings is enjoying in his afterlife or eternal life.

"Every man when born has a mission he must accomplish in his life. Before you're born you have a discussion with your ancestors. This is" Nkrabea" in the Akan language and "What happens when you finally arrive on this earth is "Hyebrɛ" meaning what you encounter and come to do on earth".

He explained further that, people are born at particular times to accomplish particular assignments. "Some are born to help families, or a community and or a nation".

In this regard, he said, before you are born, your ancestors have a discussion with you and deliberately give you the family resources. He added, this is to make you prominent and rich to be able to liberate your family members and your entire generation from poverty.

Quotation Master used the Osei Kwame Despite and President Kuffuor as examples to illustrate his point. He added that, until the appearances of these persons no one knew their families and they were not that rich or prominent. But, these persons were born to help extricate their families from perpetual penury forever.

"In every family, there is always one person who breaks the poverty line" he posited.

Ayaaba added that, Kwame Nkrumah was born to liberate Ghanaians from the white oppression into libration and Rawlings was also born to come and clean our system.

"So those who think Rawlings has died and there is some judgement for him, I only clap because J. J. is enjoying in the afterlife" or 'Asamandu' as called in Akan.

"If you're able to accomplish what you were asked to do, you're applauded and rewarded by your ancestors. When you're unable to do as required, you're punished and given the opportunity to be reborn to come and complete".

According Ayaaba, president Rawlings is enjoying in the afterlife because what he was assigned to do was what he has done and those who think he is suffering should just forget about it.

In his view, when one is unable to accomplish what was demanded of him or her, next time "When that person is being reborn he or she would be afflicted with a deformity and also become slave to serve in order to make amend the wrongs done and latter rewarded". This is what we call judgement".

In addition he said "There are two types of judgement. The spiritual judgement and the physical judgement" he stated.

"Physical judgment is the punishment exacted by nature to people who commits wrongs and nothing can be done about it. No spirit has power over that". He added "In natures punishment, when you cheat someone, somebody would also cheat you. That is called karma" he averred.

But, continuing, he explained that, the 'judgement day' as has been espoused by most people is when one dies, he goes to meet his great ancestors. These group of ancestors are called 'Abusua santin ti'" according to Lucifer.

According to him, it is these great ancestors from whom you came from to earth who are going to judge you to ascertain whether you did what you promised to do or not.

In concluding the conversation, he advised that, it is very expedient for people to be careful and make sure they do the right things at all times.

"When you discharge your responsibilities very well you're awarded but when you fail to what you're expected to do you're punished accordingly".

"Everybody has a mission and when your mission is accomplished, you are called to go and rest" he ended.