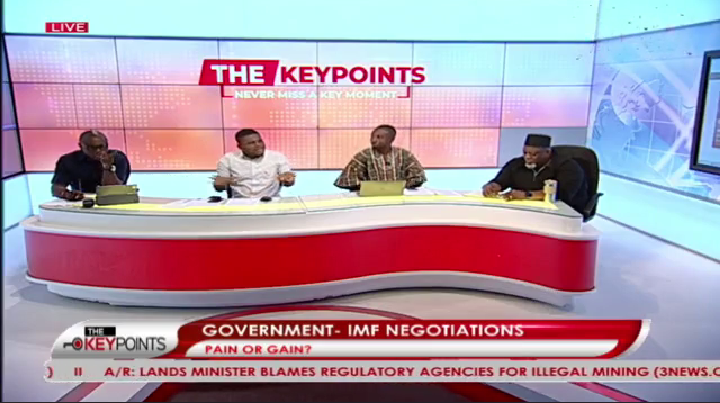 The director of local government, decentralization and rural development at the presidency, Dennis Miracles Aboagye has sent some messages to the National communications officer for the NDC, Sammy Gyamfi.

Sammy Gyamfi and Dennis Miracles Aboagye were guests for Saturday's episode of The Key Points show on TV3. The two guests had an amazing discussion on various trending national issues and also spoke about the records that have been achieved by both NPP and NDC.

In the course of the conversation, Sammy Gyamfi made it clear that the NPP administration has failed to build to a single school ever since they took office in 2017.

"I have given you a list of secondary schools that have been built by this government from scratch to correct that falsehood and consistent lies by the NDC. For some strange reasons, he has been saying these lies for five years and for some reasons, my party and my people have failed to call him out" he said.