With The Swiftness Rebecca Akuffo-Addo Was Paid, How Is That, My Nursing Salary Delayed For a Year?

Not just that, they are rightly cheating us, and thanks to the blinded eyes of our polarized political perspectives, we either support the wrong acts of A, and disagree with same, if its done by B. 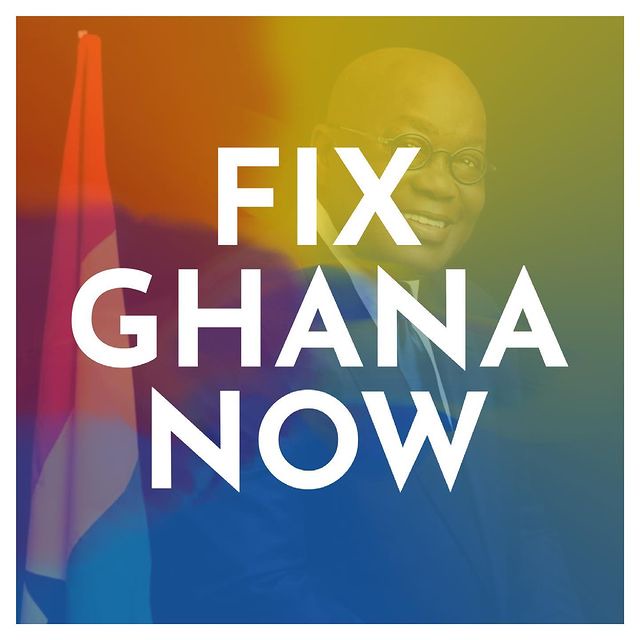 Before I even go into the merit of my case, lets just agree that, if it was Mahama under whose tenure, his wife was going to be officially paid 33,000 cedis and backdated to the start of his four (4) year mandate, like Bawumia would have organized a lecture series on it as illegal wastage of the taxpayers money.

As for Candidate Nana Addo, a viral Twitter post, would have been expected from him, but at it stands, he is very quiet about the whole debacle and it is unfortunate.

What makes this whole case sickening to me personally is the fact that, as a professional nurse, I had to struggle for over a year, just to get my salary paid me, for waking up daily and reporting at the Hospital, to attend to fellow citizens.

Almost everyone also knows someone, either as a teacher, or ordinary civil servant, who have also had such prolonged salary payment challenges. And when the promotion also finally comes, the same challenges comes up all over again for many. The offices of the Accountant General, may well be filed by hundreds of such people, just hustling their way out, to get their salaries paid them, I had to do same severally, alternating between the hospital and their Accra head office. 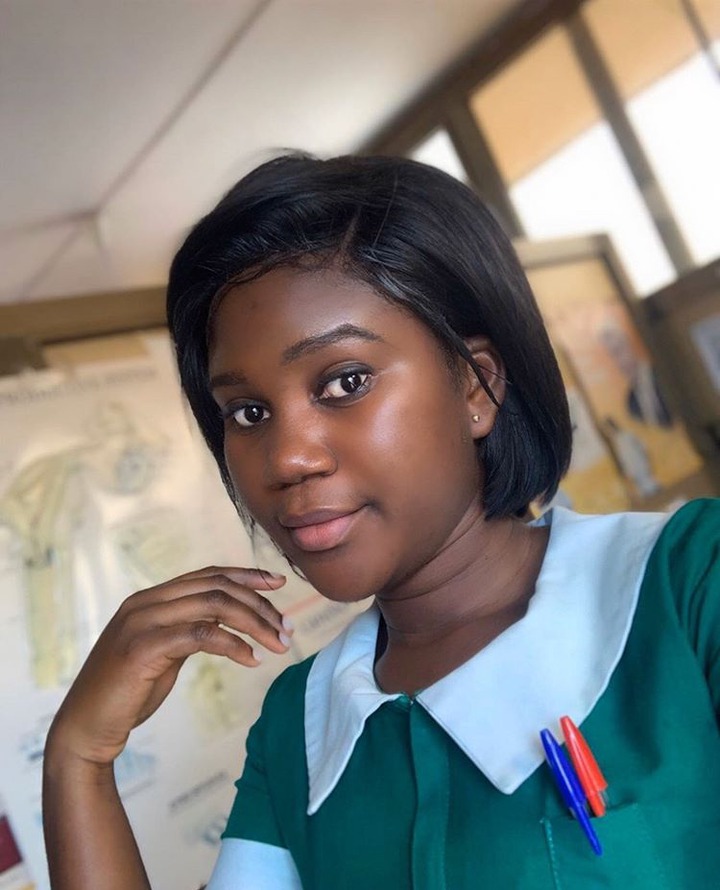 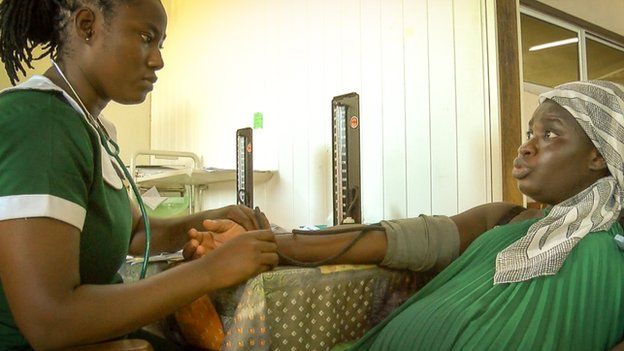 So it is surprising that, as Ghana was debating if Nana Addo's wife and Bawumia's wife, deserved the payment of salaries, (and even what was frankly annoying to, the backdated to 2017), the monies had already hit their accounts. There was no delay, for the over 600,000 cedis to be paid, How is it possible that, my small salary, just above a 1,000cedis, could not be paid and I had to go through hell, just to get this money?

Mrs. Rebecca Akuffo-Addo, does not have to buy food, or pay fees for her kids, as the poor country called Ghana, has all these and more, as allowances paid to the husband and he also enjoyed some severally. For instance, it was news that, GNPC paid about $1million to her foundation. Its obvious, she would have some benefits from that as well. I did not have any of such benefits from the state, as me and my husband, has to take care of our now rowing kids, from our meagre salaries.

Come to think of it, I have to wake up early morning to report to work. I do not have a bodyguard, a cook or an official car with a siren, and having the luxury of commissioning few projects dotted around the country, which largely comes with sumptuous "per-diem's" as Rebecca and Samira, may have been enjoying.

As nurses, our leadership had agreed with the government to sponsor our uniforms and despite several other requests for fuel, pay increase and more, the government reluctantly agreed to just give us a one off payment for just our uniforms. It will interest you to know that, the almost 400cedis promised, have still not been paid, as they keep postponing this chicken change, just to support us. 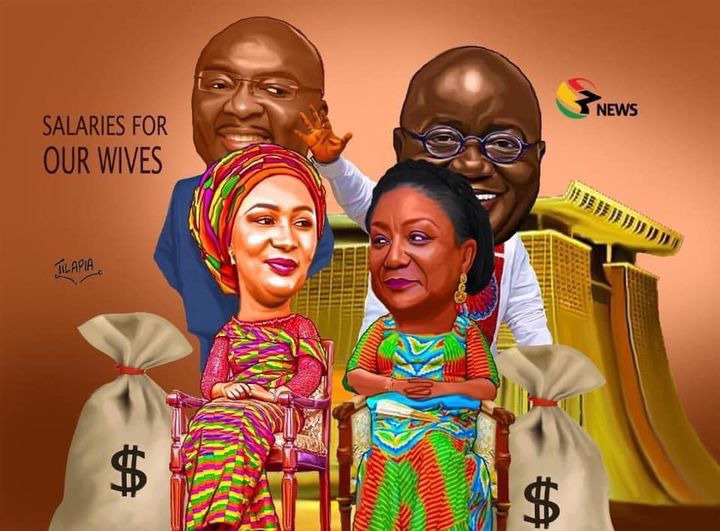 The calls for the refund of the monies by the TUC was very effective, as immediately the workforce association added its voice, the wife of Nana Addo, did the needful. Clearly, I will be looking forward to them, adding their influential voice, to the many ills, going on in the country.

And just as the concluding part of the TUC's statement had called for, there is the need for a quick, relook at the salaries of all salaried workers now, when it stated that:

""We would also like to advise the President to initiate a process towards the establishment of a Committee/Commission made up of experts from various fields to advise government on salaries for all jobholders in the entire public service to ensure fairness." 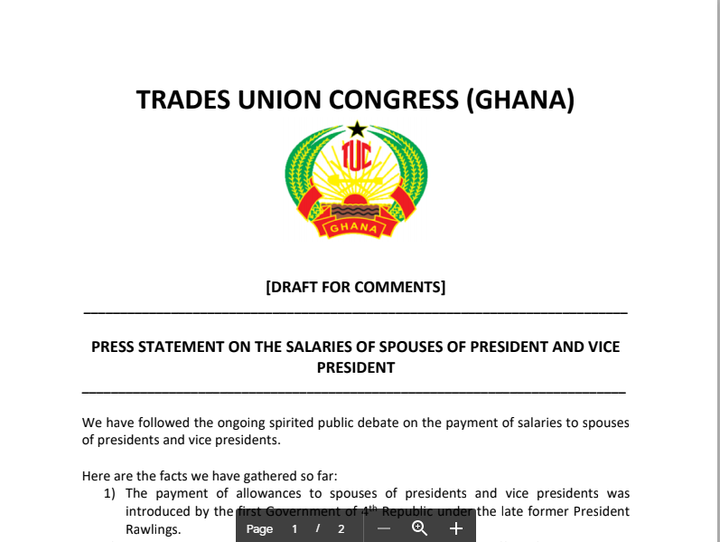 Advocacy For The Recognition Of The Rights Of LGBTQI Is Glorified Foolishness -Aps. Opoku Onyinah

Nana Addo Promised Us Better Conditions But We Are Disappointed-Teachers.

Date for Demonstration by Public Sector Workers in Ghana Released

The Minister Must Resign; The office Is Not His Personal Property-Lawyer Martin Kpebu Bites Minister

"No One Is Better Than Someone": Family Of Dead Persons In Techiman South Charges