By Rasgambo1 (self meida writer) | 8 days

The raging debate on the attempted convention of first and second ladies allowances to salary is still on, and the ministry responsible for Information, in an attempt to water down the anger of Ghanaians has planned to project the good works of the first Lady's foundation on July 15th and 22nd, obviously to tune off people's angry thoughts from the ongoing brouhaha. 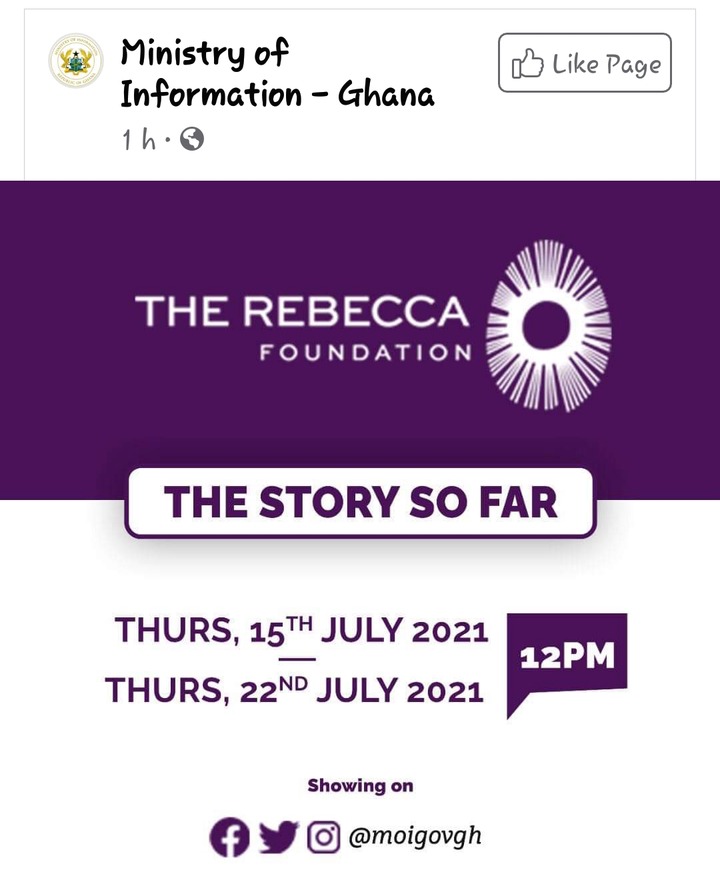 The programme, which is themed; "The story so far", has been organised ostensibly to cool off the heat on the first Lady and to try to diffuse the negative feedbacks that arose due to the indiscretion of the Ntiamoa-Baidu emoluments committee.

This palpable diversionary tactic, which is meant to also cleanse Mrs Rebecca Akufo Addo from the dirt of her husband's seemingly greedy move to pay her over Ghc 33,000 salary, seems to have backfired as Ghanaians on social media have regarded the move as adding insult to injury.

The generated reaction on the first Lady's decision to refund her entitled paid allowances infuriated some folks. The matter was stretched to the effect that, the Rebecca Foundation was discredited. Reference was made of all the donations government institutions have made towards the works of the foundation, followed by questions such as; "will she refund those as well?".

The foundation is, thus, desperately looking for an antidote to the unfavourable comments coming against it, the choice of a platform to announce the impending broadcast exposes this desperate move. For a private non-governmental organisation such as the Rebecca Foundation to be hosted on the social media handles of the Ministry of Information for both the advertisement for the broadcast and the even is simple out of order.

Some angry Netizens stated their outburst by referring to this anomaly.

"A whole ministry has now become the mouthpiece for a foundation, like seriously?" Raymond Narh Dor, a Netizen on Facebook, wondered.

The foundation has chosen a wrong time for this public relation work. The issue is still live, and the anger of many have not yet subsided. Choosing this time to shine light on the progress of work of the Foundation is simple a propaganda theatrics, and people have seen through it. Further reading the comments deposited below the Ministry of Information's post on Facebook says it all; the move is dead on arrival.

Check out some sample of the comments; 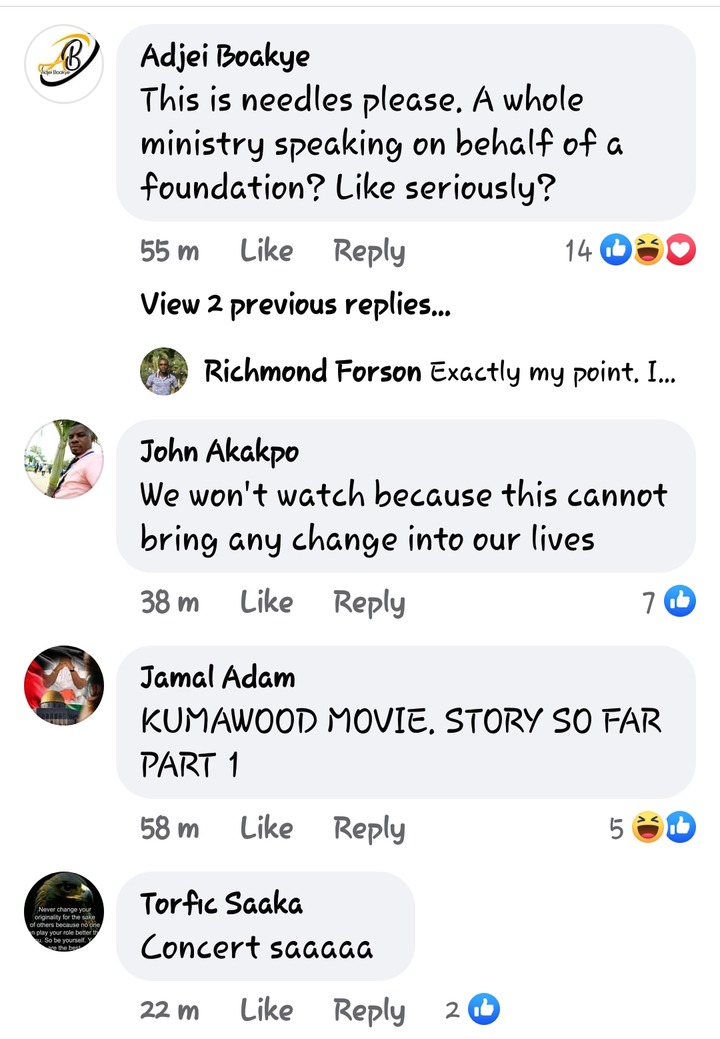 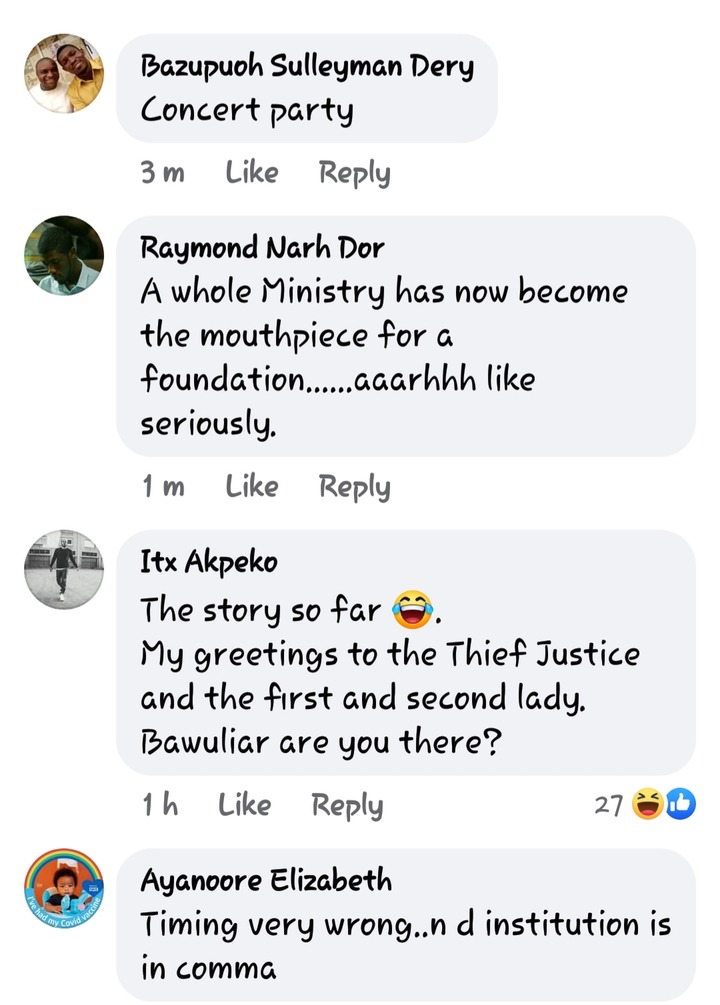 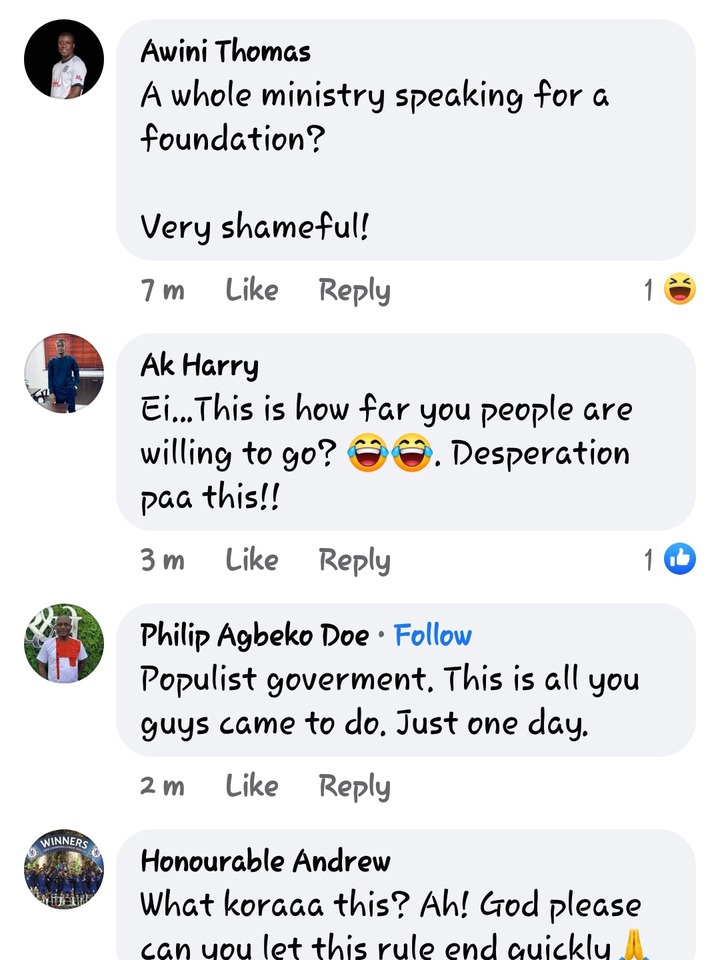 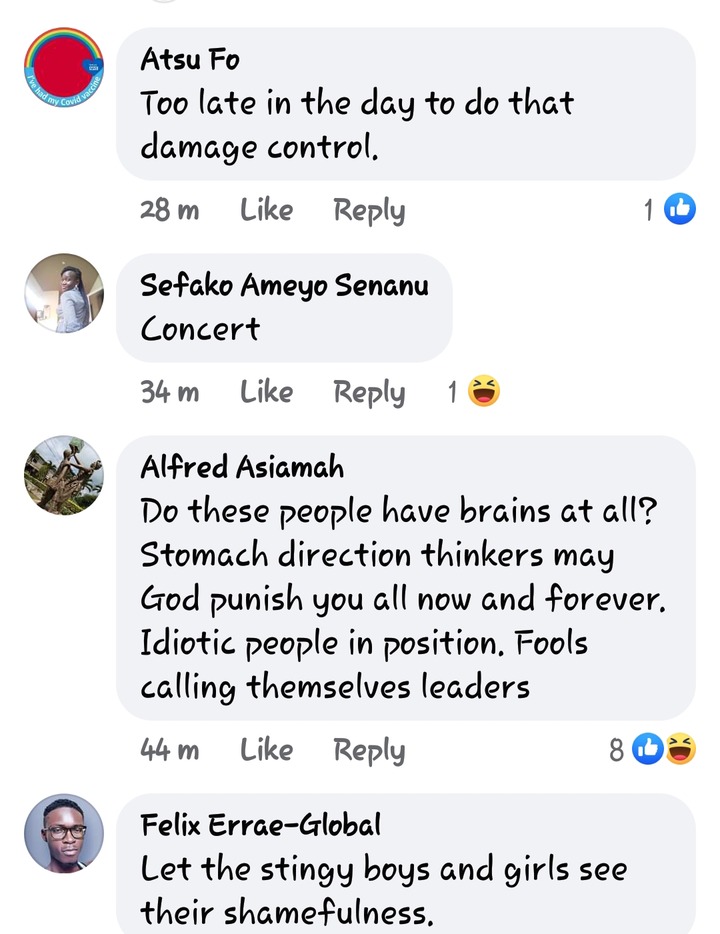