It was a collaborative attempt to cause instability, Kwabena Agyepong reveals why he was suspended 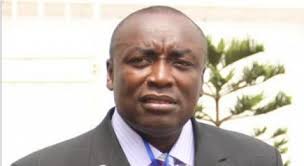 Former General Secretary of the governing New Patriotic Party (NPP), Kwabena Agyei Agyepong, has revealed that his suspension from the party in 2015 was a collaborative attempt to cause instability.

According to Mr Kwabena Agyepong, some big wigs smeared his reputation so he can lose the General Secretary position he was holding.

Mr Agyepong says he never caused any confusion in the party but NPP members and supporters and some section of Ghanaians were told pure lies in order for his detractors and to succeed in their mission.

He says there was no way he could have done anything of that sort to ruin the fortunes of the party.

It was a story that was run by his adversaries to bait the NPP masses into believing he was working against Nana Addo and the NPP, he said on Peace FM radio station on Kokrokoo morning show.

He concluded that those who are causing confusion in the party are those who wanted to benefit from his absence.

"those who wanted to benefit from my absence, they are the ones responsible for the confusion they caused in the party".