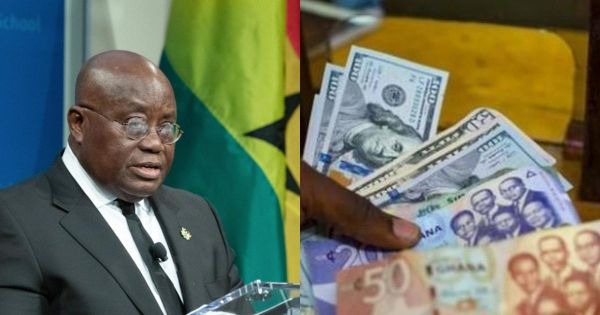 The Minister of Information, Kojo Oppong Nkrumah, has explained what President Nana Akufo-Addo meant when he said "sika mp dede" during his state of the nation address on Sunday, October 30, 2022.

The President talked about what his government is doing to fix the falling value of the cedi and get the economy back on track.

The President used a proverb to show the public that the government was serious about fixing the economic problems.

Money doesn't like noise, or, as the French would say, l'argent n'aime pas le bruit, sika mp3 dede. Where there is chaos, noise, or unrest, you won't find the money. If you say bad things about your money, it will go down. "If you let someone you don't know talk your money down, it will go down,, "he said.

Since then, the quote has spread through social media, broadcast media, and print media.

In an interview with Kwami Sefa Kayi on Peace FM's "Kokrokoo" discussion show on Monday morning, the Information Minister talked about the President's speech. He said that the President's "sika mp dede" quote was a reference to rumors about the effects of the cedi depreciation.

He said that some people are spreading false information that people who have investments in banks are at risk of losing them, which is causing people to be afraid and panic.

So, he said, the President's quote is meant to bring about calm.

"I think the President was talking about the rumors when he said that. If we don't let the real reasons for currency trade work and we create panic in the system by posting on social media that you should take your money out of the bank or else this will happen, then people will go to the banks and try to withdraw money to buy dollars because they saw something on social media or sometimes on a well-respected news website "he said.

When asked why Ghanaians are most interested in this part of what the President said, the Minister said, "Every speech has takeaways."