Just Because Of A 76 Year Old Man, Look At How We Are Suffering. - Captain Smart Fires Again.

By K.TeeDeWriter (self meida writer) | 11 days

One person who has been a thorn in the flesh of this current NPP government is the outspoken Captain Smart who is one of the conveners of the #fixthecountry# campaign currently one of the trending hashtag capturing the airwaves across the length and breadth of the country.

Speaking live on Onua Maakye a program hosted by himself, he stated he sees no reason for him to stop his recent attacks on the government as he thinks Ghana shouldn't be as it is in this 21st century. In his opinion this Akufo Addo government is in the best of positions to fix the country and to make our systems and institutions work as they are supposed to, buy he thinks he lacks the fire power to preside over this nation.

The outspoken TV journalist stated in his submission that the current situation in Ghana here is as a result that the president is too old to exercise his power on his appointees. "Everything in the country Fies not work in the country. There is no sense of discipline in our security services, ministers are not giving out their all, and no one seems to care because we lack a charismatic leader.

He further confirmed Ghanaians didn't vote for the NPP as a party, buy Akufo Addo in particular because of how vibrant he was in the 90s where he led numerous demonstrations including the famous " Ku me preko" protest. But Ghanaians should have known the Akufo Addo of the yesteryears is not the same Akufo Addo today. 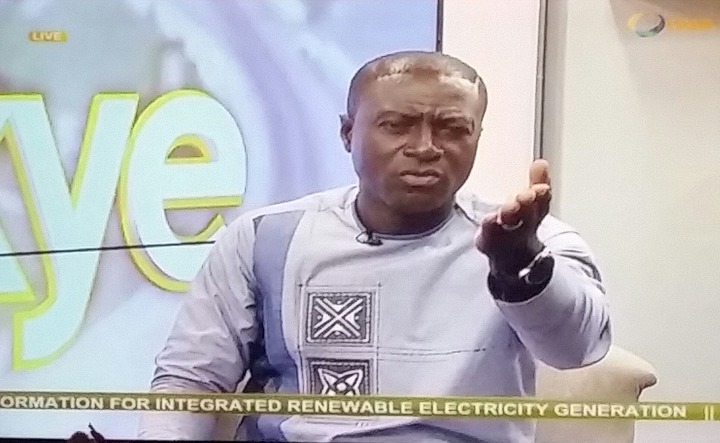 He concluded by stating categorically that countries in west Africa that opted of old men as their president are going through the same catastrophic situation as Ghana is. He cited Nigeria and the Ivory coast as case study. "Just because of a 76 year old man look at what is happening in this country", he fumed.

Do you agree with captain smart that the country is in turmoil just because we voted for an old man as president?