By Fruit4taught (self media writer) | 11 months ago

King Prempeh I was exiled in 1896 at Seychelles Island after a lengthy attempt by the British to colonize Asante was continuously met with stiff opposition. He agreed to abdicate just to maintain peace in the Kingdom which at that point had a lot of cracks in it coupled with some states leaving the confederacy.

He was first of all taken to the Elmina Castle, but the British got a information that some Asantes, who were the last embers of Asante resistance were planning to attack Elmina to take their King.

To avoid it, they moved him to Sierra Leone and furthered him to the island of Seychelles. He was taken along with members many members of his court which included children.

It must be noted however that, degrading as it was, he was treated with the dignity and respect that came with his status.

After over twenty years in exile, he was returned to his homeland in 1924 following a continuous advocacy and agitation for his return by many prominent people including the then Okyehene Nana Sir Ofori Atta.

Captured in this rare photograph is the King and members of his courtyard in a ship on their way back to the Gold Coast after many years in exile. 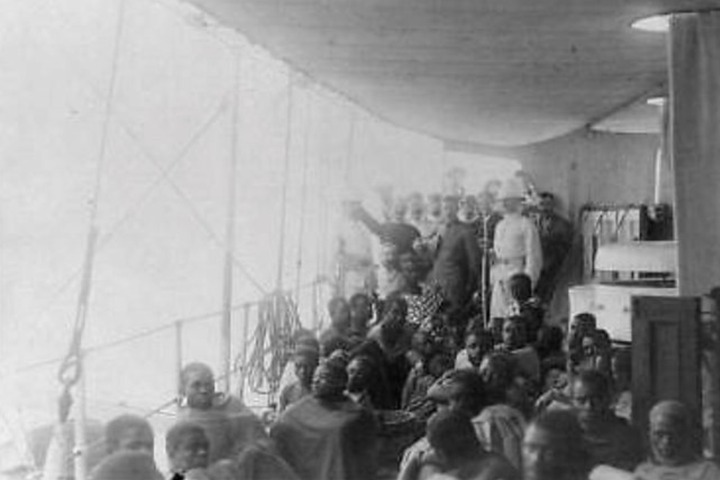 Some of the members of the royal family however stayed back and their descendants regularly visit Manhyia.