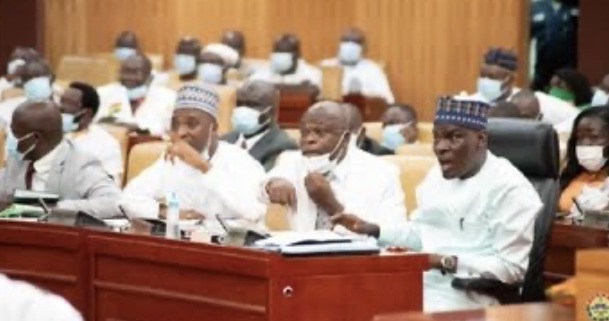 The recent circulating news that has undoubtedly sparked massive stir, debates and arguments across all social media platforms was when the deputy minority chief whip boldly stormed parliament with evidence to finally expose another popular NPP Member in that house.

Speaking at a recent sitting in parliament, the deputy minority leader, Muntaka Mubarak undoubtedly expressed his immense disappointment in the deputy majority leader, Afenyo Markin for claiming that, JoyNews has to be probed for publishing false news over his recent comment about the passage of the most anticipated E-Levy due to the Russia-Ukraine crisis.

According to the deputy minority leader, Muntaka Mubarak, the deputy majority leader, Afenyo Markin had no right to petition the house to take down his recording and reports concerning his unexpected statement over the passage of the most anticipated E-Levy since all Ghanaians would undoubtedly bear witness of what he said on the floor of parliament.

In addition to this, the deputy minority chief whip, Muntaka Mubarak boldly submitted another video evidence which he claimed contained the exact recording he had listened to 10 consecutive times and had already submitted it to the speaker of parliament. 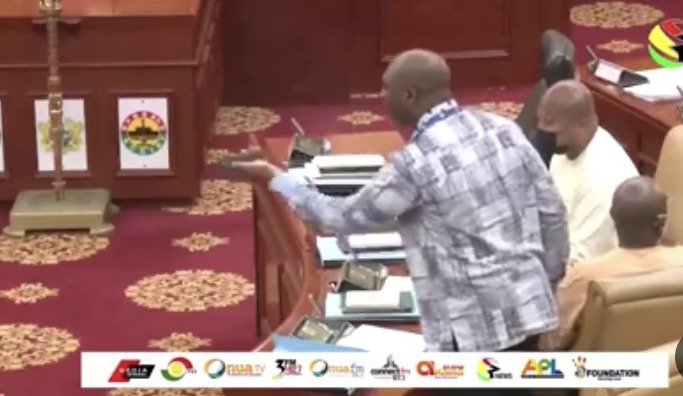 “Yes, E-Levy was mentioned in the video. You don’t determine the editorial quality of a news portal. You can write to either media commission to raise your concerns but I can bet you; the video is here on my phone, I can forward it to you. You mentioned Ukraine evacuation and you linked it to E-Levy approval. I have forwarded the video to the speaker; if he challenges it, I will play it now for all of us in this chamber to hear”, Muntaka Mubarak emphatically revealed.

Do you think the deputy majority leader, Afenyo Markin has no right to petition parliament to take down videos he made linking Ukraine evacuation to E-Levy approval as claimed by the deputy minority leader, Muntaka Mubarak even though most individuals agreed otherwise?

What are your thoughts after the deputy minority chief whip, Muntaka Mubarak boldly stormed parliament with evidence to expose the deputy majority leader, Afenyo Markin even though most individuals claim otherwise?

They Shot Him; Ofosu Ampofo Got Blinded After The Tear Gas Exploded: Organizers Of Demo Reveal

Police explain use of water cannons and tear gas in demonstration