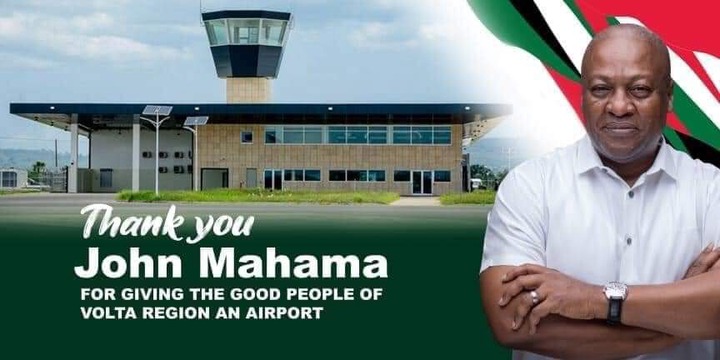 The two major political parties; the ruling New Patriotic Party (NPP) and the major oppositon party, National Democratic Congress (NDC) have been caught in a heated debate as both make claims to the Ho Airport as their accomplishment. Whereas the NPP credits President Akufo Addo for this, the NDC on the other leg argues that it is John Mahama's.

Having listed to both ends, the writer of the article did a simple search about John Mahama's legacy Projects which the NDC so much touted in the heat of the 2020 elections when the competition of infrastructure records was triggered. Dr. Bawumia had launched the Infrastructure Tracker to showcase what the Akufo-Addo administration had worked on over the perieod under review, and this compelled the NDC and John Mahama to launch a dedicated website to advertise theirs.

Both personalities; Nana Akufo Addo and John Mahama sought to prove to Ghanaians their accomplishment, which the grassroot so termed as legacy Projects to which either of them could be credited for. 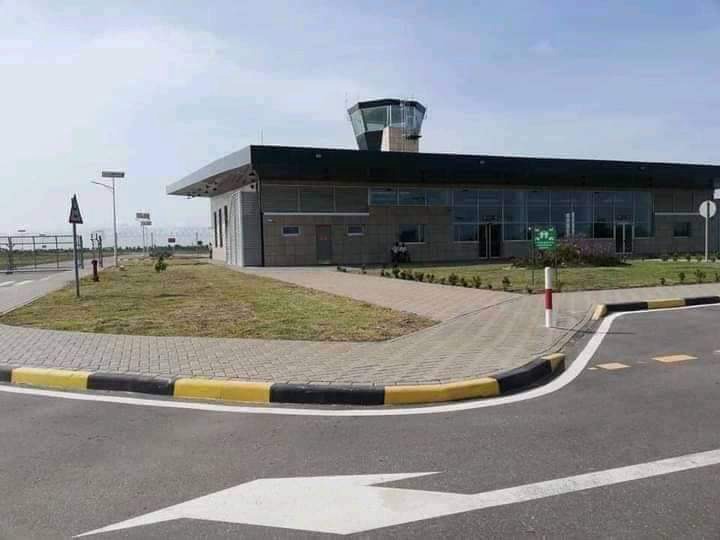 Interesting enough, the Ho Airport was listed in the government's Infrastructure Tracker but was not covered under John Mahama's legacy project website.

More specifically, John Mahama had catalogued the various projects under their respect sectors, and for the purposes of this argument, it is under Aviation. The website never mention of the Ho Airport as a legacy of John Mahama.

It only captured three projects under aviation; the Terminal 3, and the New Cargo Section all at the Kotoka Internal Airport, and the Tamale Airport Expansion project.

Well, assuming it was an oversight, the writer dives a bit deeper for content to validate the claim. The section for regional distribution of projects did not also mention of the Ho Airport. Yes! Only seventeen (17) projects were captured for Volta Region where Ho is the capital city. 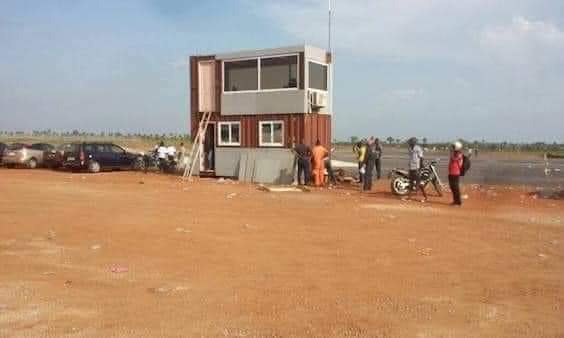 Some explanation have been attempted for John Mahama and the NDC's denial of such a facility in 2020, and it has it that it was in a much deplorable state and couldn't count as an airport.

So the big questions then is, why is the NDC trying to award credit for this project which has been completed by President Nana Addo Dankwa Akufo-Addo?

Well, related publications had it that John Mahama in December 2020 hurriedly commissioned the 26 million dollars Ho Airport (aerodrome) at a time when it was uncompleted.

At the ceremony, then President John Mahama indicated that the facility was about 75 percent complete and hoped that all works would be completed by March 2017. But here in Ghana, project completion rates had been much questionable as they often do not reflect the actuals. IMANI Ghana had once held this against the John Mahama administration with regards to e Atuabo Gas plant.

My concluding remarks would be that Ghanaians better appreciate that both President Akufo Addo and John Mahama equally share in the credit for this magnificent project. Sadly, in Ghana the one who competes it get smuch credit that the initiator.