Use Taxi, Not V8 to Parliament: Heavy Tussle After Ablakwa Ranted, The Big Lies Would Not Stop Us 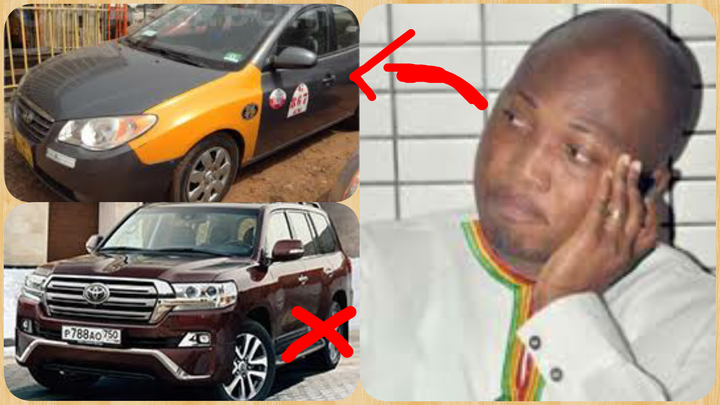 In one of the elections in Ghana, the New Patriotic Party has made use of the slogan, 'The Battle is the Lords'. It seems that the time for the manifestation of such a prophecy is now, since the battle against the luxurious use of private jets by the president is far from over.

The spokesperson of the president, Eugene Arhin has earlier on denied such an allegation, but as it is now glaring in the eyes of Ghanaians, the Akuffo Addo led government might do nothing, but leave the battle in the hands of the lord, no matter which lord it might be.

The member of parliament for the North Tongu Constituency, Honourable Okudzeto Ablakwa has proven once again that he is relentless in this battle against the extravagant use of tax payers money.

However, it seems there are others that are prepared for him, matching him 'boot to boot' on every word that he utters.

As he has registered his displeasure on his facebook page today on what he has called 'big lies' against him, Ghanaians rushed to his post to react in several ways.

The debate on his page was a tug of war and as at this time, no one may be able to predict who the winner might be. Ghanaians would only have to judge for themselves. Below is the post that he has updated his facebook page with. 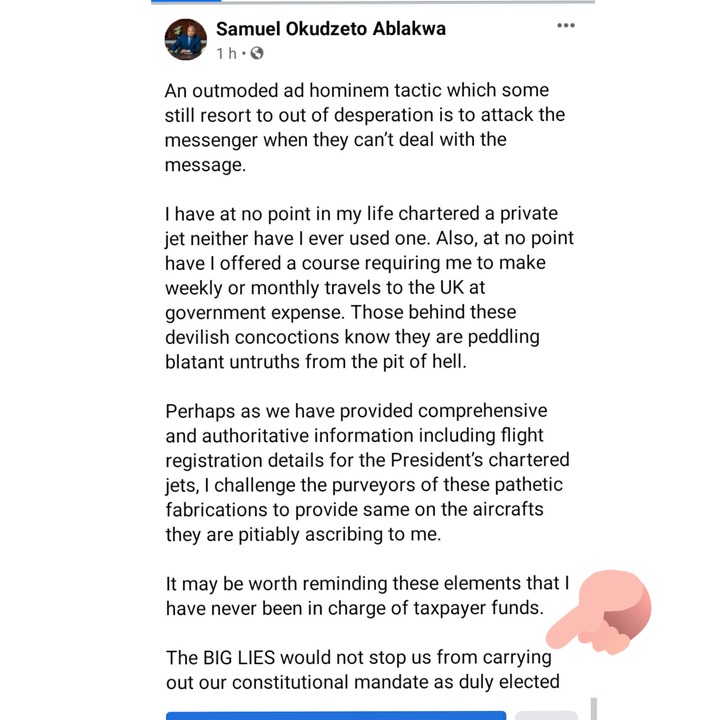 Certain sections of Ghanaians are of the view that if Ablakwa wishes to preach a message of equality and for that matter, the president of the Republic of Ghana must not use a private jet, then he should also stop using V8 to parliament. He was asked to rather use a taxi or uber as majority of the electorates do.

The Facebook user called Abubakar Awufo seeks to challenge the honourable parliamentarian in his bid to call on the president of Ghana to be lenient in his expenses on private jets. He has called on him to use a taxi instead of V8 to parliament.

It seems the honourable parliamentarian also have those strongly behind him. As the battle continues, Wysopera could not keep long, but bring this to your notice.

Do you think this tussle would end?