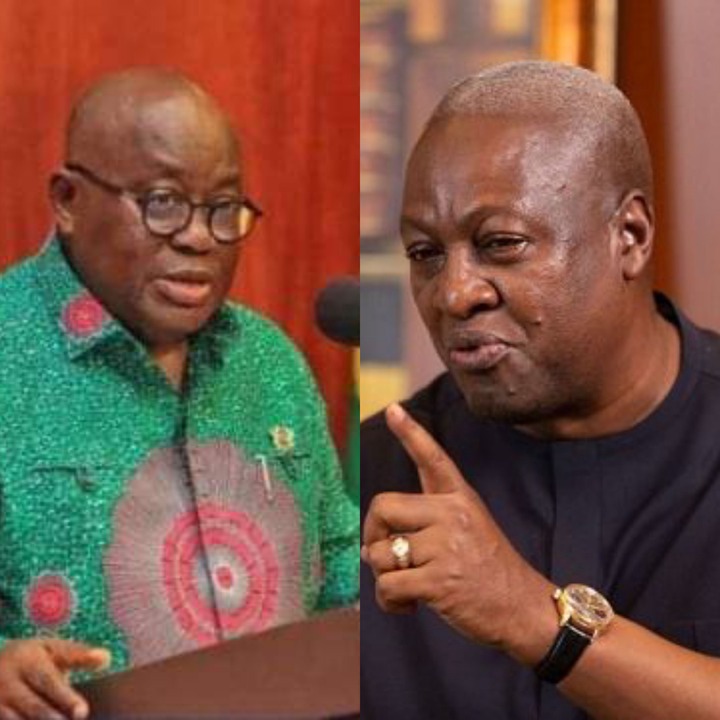 Former President John Dramani Mahama has received massive, positive reactions from Ghanaians on social media after the governing New Patriotic Party accepted an idea of his which they previously rubbished, in the run-up to the last presidential elections on 7th December 2020.

The opposition National Democratic Congress (NDC) led by John Dramani Mahama raised concerns about the anomalies in the rollout of the free SHS policy, and hence proposed a review of same when they are given the nod to lead the nation in the highest office.

However, President Nana Addo Dankwa Akufo-Addo, Vice President Dr. Mahamadu Bawumia, and the entire NPP government refuted Mr. Mahama's promises saying that the mere fact that he wants to review the free SHS will subsequently translate into its cancellation. Thus, they attributed review to cancellation.

However, the Information Minister, Hon. Kojo Oppong Nkrumah reportedly stated on Citi TV's Breakfast Show today Monday, March 2 2022, that all flagship policies of the government including free SHS will be reviewed for macroeconomic reasons.

Ghanaians have stormed social media and applauded John Mahama for being a visionary leader who predicts things in the future before they happen. They also said that Johm Mahama was right after all but the NPP threw dust into their eyes. 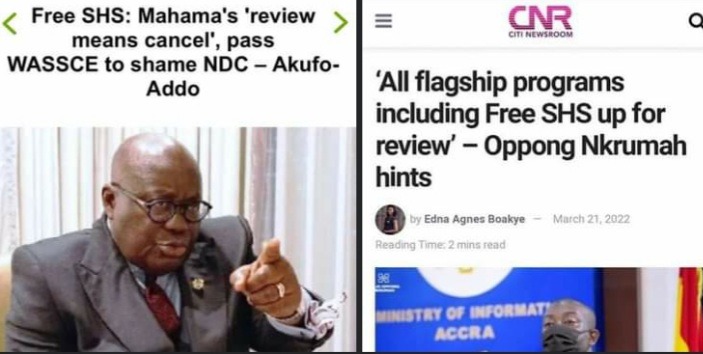 Someone commented and said, "Prophet John Mahama please come and be the head stone. Mahama has foresight, he is visionary and is able to project into the future about unforeseen consequences and he proposed a way to deal with them, but Akufo-Addo dragged him in the mud. Now we that no amount of lies can defeat the truth. You can lie to the masses just for power but the realities on the ground will expose you and that's what we are seeing today."

Another commenter, Torgbui Benson Afiawo Reuben also said, "Mahama is obviously far advanced in visionary leadership. He was able to predict while our old man went into the market to misbehave."

Check out more reactions below. 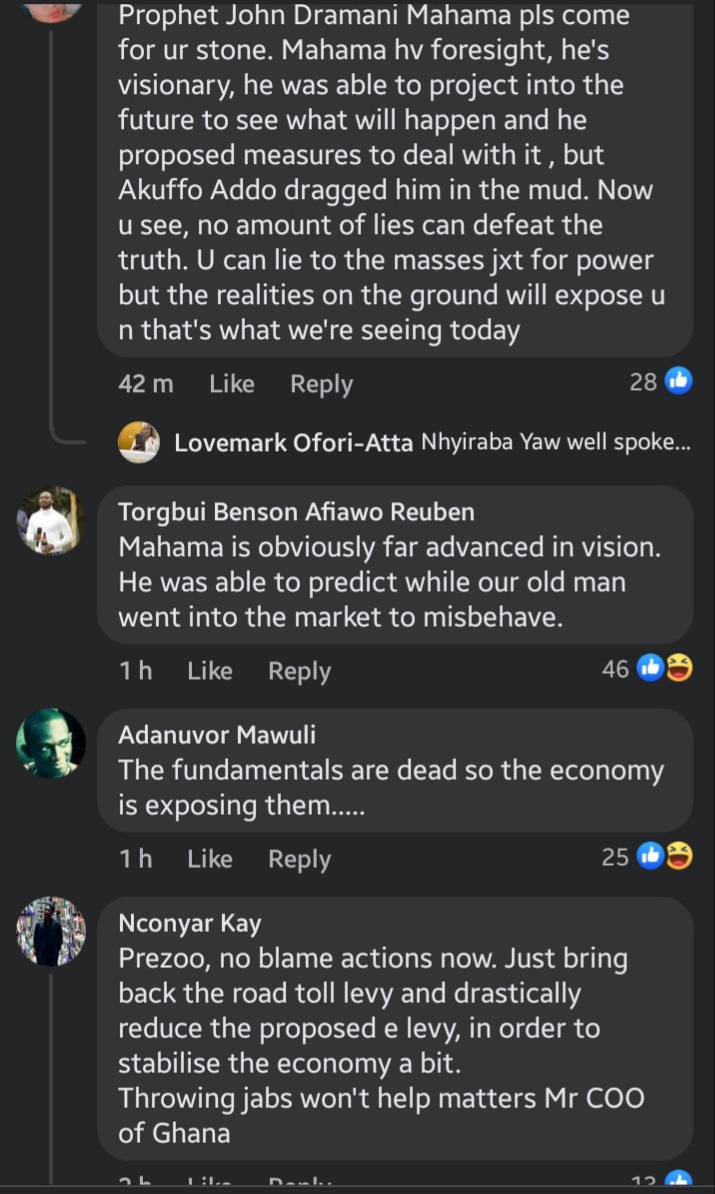 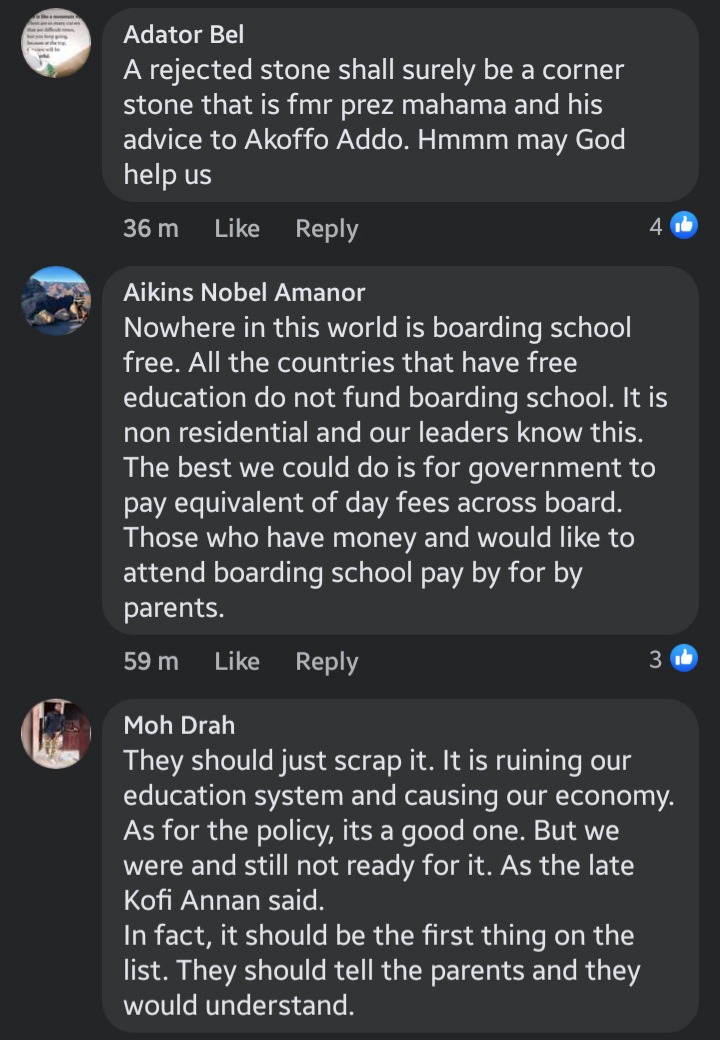