In a circulating video revealed by Kelvin Taylor, the renowned Ghanaian politician and member of the ruling government, Kennedy Agyapong unexpectedly revealed that the incumbent President, Nana Akufo Addo was solidly behind him over his serious attacks and allegations against most Ghanaian journalists especially Anas Aremeyaw Anas who planned on exposing the Assin Central MP. 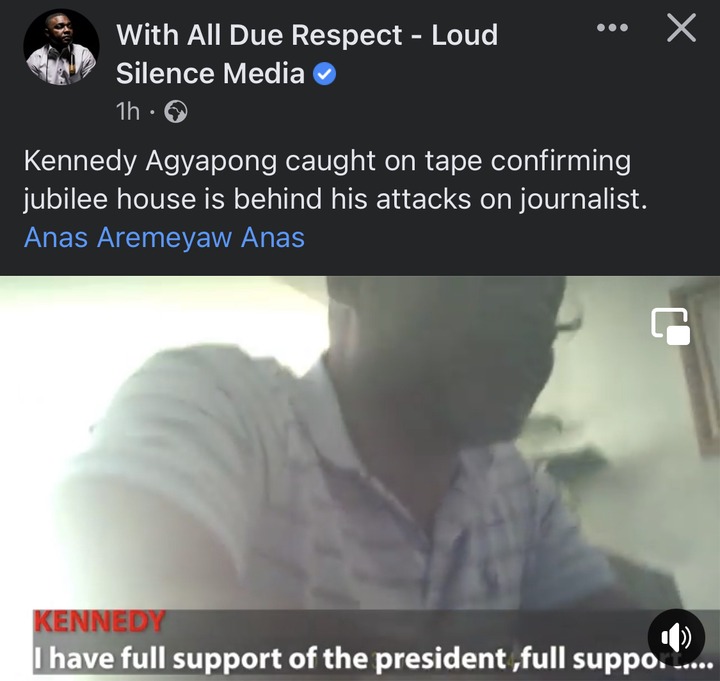 “I am not afraid of (Anas) one bit but he was quite powerful. He was one day going to instruct the whole nation to go to sleep which would have happened. Anas thought he could use the media to block me but I intimidated him then later for security reasons, had to stop. At one point, I told him in the courtroom to take off his face mask and he refused. I was going to beat him. I have the full support of the President. Kwaku Baako wanted to take advantage of that but the Presidency did not help him”, Kennedy Agyapong emphatically revealed.

Do you think it was right for the NPP MP, Kennedy Agyapong to unexpectedly intimidate and attack most Ghanaian journalists especially Anas Aremeyaw Anas from exposing the NPP government even though most individuals claimed otherwise?

What are your thoughts after Kelvin Taylor finally exposed Kennedy Agyapong again over attacks on Anas Aremeyaw Anas and other Ghanaian journalists that have caused massive reactions online even though most individuals claimed otherwise?