One of the president’s MMDCE nominee is expected to have it tough with the people he has been appointed to serve.

The man nominated to serve in the position of District Chief Executive (DCE) for Ahafo-Ano South East is going to have it tough. 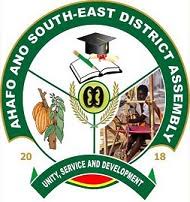 Mr Thomas Owusu Ansah’s nomination by the appointing authority is generally not popular with the population as it is reported that he does not identify with the people.

There is anger and disappointment among many over the decision not to allow Joseph Dapaah to serve another four-year term.

The situation is reported to be so painful that a 43-year old driver of the Assembly, Sowah decided to end it all - consumed so much alcohol at a go and died.

The out-going DCE endeared himself to both supporters and opponents of the governing New Patriotic Party.

His exit and the way it happened is likely to come back to haunt the ruling party one day.

Mr. Dapaah is said to be the unassuming type, who got on well with everybody. 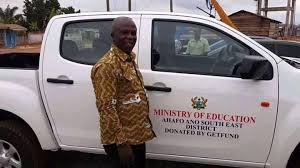 Some workers of the Assembly shed tears when he went to the office for the last time to pick his documents.

A couple of other MMDCEs who served in the first term of the Akufo-Addo led administration have also been shown the exit.

In Chereponi, the announcement of the DCE nominee ocassioned a violent upheaval that recorded iphysical assaults and destruction of properties.

In the early days of the Akufo-Addo led administration, efforts were vigorously made to see to the implementation of a policy proposal the NPP made prior to the 2016 General elections, that is, the election of MMDCEs on partisan basis.

However, the dream could not materialise many Ghanaians did not agree with details of the proposed policy. For some, the election of MMDCEs on partisan basis could further worsen the situation.