Video: The minister of finance can sue me - John Mahama.

On TV XYZ, the former president of Ghana was interviewed on his thank-you tour, which he has already completed with fifteen regions, with Greater Accra being the final stop. During the one-on-one conversation with official president John Mahama, a number of concerns were raised. The host began by inquiring on the president's thoughts after visiting the fifteen regions. The people of Ghana, according to John Mahama, are in despair. Their expectations of the government do not appear to have been satisfied. 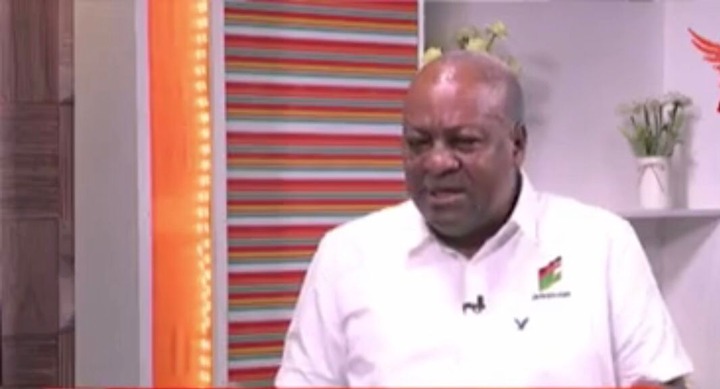 Another topic that was discussed was the difficulties that the Greater Accra Region is facing. The host then asked the former president about some of the issues in the region that he believes need to be addressed. He began with housing, claiming that because the region's population has risen tremendously, finding a quality flat is now prohibitively expensive. He also addressed the issue of rising traffic, emphasizing the importance of continuing to extend existing roads and build new ones. He also touched on the topic of trash management, which has become a major issue in our markets.

Another topic he discussed was the 2020 elections. Former President John Kufuor claims that he has been criticizing the electoral commission because he wants Ghana's electoral commission to be the greatest in Africa. During the interview, these and many other issues were discussed. The former president will conclude his thank-you tour with a two-day visit to the Greater Accra Region. The interview is available in video format below.