By Local_News (self media writer) | 1 year ago 2020 election is over and the winner has been announced but the flagbear of the National Democratic Congress (NDC) John Dramani Mahama is currently challenging the Presidential election results in the supreme court. The legal team of the petitioner have presented their witnesses and evidences to the supreme court to prove to Court why there should be a runoff election between Nana Addo Dankwa Akufo-addo and John Mahama.

During the interrogation today, the legal team for the electoral commission asked Mr. Johnson Asiedu-Nketiah that, according to the Witness statement provided, there was a pendrive attached containing softcopy of the witness statement filed by the petitioner. After comparing the content of the softcopy and that of the hard copy which was before Aseidu Nketiah, both of them are different but it suppose to have one content. 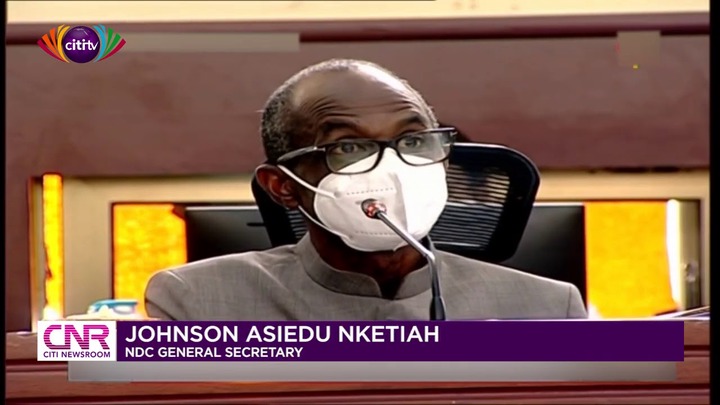 Aseidu Nketia was asked if he knew that the evidence statement before, that is both softcopy and hardcopy has different content but he said, he has no idea of the variation of the evidence. After the court was adjourned, many people have reacted to what happened at the supreme court, Hon. Kojo Oppong Nkrumah has made some comments after the petitioner's witness played Ignorance of his own evidence.

'It was interesting watching him repeatedly calculate Nana Addo's votes at above 51% at all material times. Interesting to watch him feign ignorance of what was on his own pendrive. Even the judges appeared shocked', he tweeted. 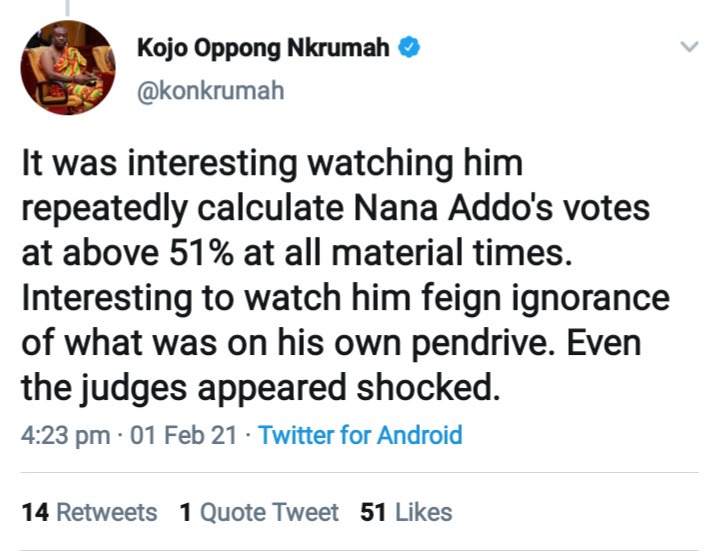 Content created and supplied by: Local_News (via Opera News )