Rebuttal: Outspoken Paramount Chief Of Dormaa Speaks On Fix The Country And On Twene Jonas's Issue

By Love_conquers (self meida writer) | 14 days

In as much as I do not like the chieftaincy institution in Ghana because of the selfishness and greed on the part of most chiefs, I am totally in support of Nana Dormaahene, the paramount chief of Dormaaman and its sphere of influence, for his take on the issue of galamsey which has been a topical issue of late and for which reason Twene Jonas has been bashing our leaders.

Per Nana Dormaahene's submissions, there is was nothing in his statement which by any slightest indication shows that he supports Twene Jonas in his use of invectives to criticize our leaders for their indifference to galamsey which has been going on under their watch. He rather sees Twene Jonas' videos and criticisms as a clarion call for our traditional leaders to show leadership by thinking about the welfare of the people in their traditional areas where they rule, but not to sit on the fence and watch while our water bodies are destroyed. In fact any level-minded person will know that what Twene has been saying is nothing but the truth and we can never disguise this truism in all the videos he has been posting. Perhaps it is the way and manner he goes about this criticism that some people find inappropriate. Once again I want to say that Dormaahene, in his statement, never said anything to the effect that he supports Twene in his use of insults to get our leaders to eschew selfishness and greed and do the right for which they can be remembered for. He even said that he would never condone any act of insults that seek to denigrate the chieftaincy institution even though he accepts the clarion call by the youth of this country.

For all you know, his eyes are now opened to the reality of the plight of Ghanaian youth by virtue of Twene Jonas' criticisms and that his submission is a sign and a pledge to begin having the interest of the people of Dormaaman at heart. Who knows! perhaps from henceforth he will start addressing the problems and land litigation issues that have bedeviled the Dormaa Stool Lands in Sunyani since his brother, Kwadwo Twene was charged with the responsibility to man the affairs of the stool land by the Dormaahene himself. His brother Kwadwo whom he(Dormaahene) delegated the responsibility to man the affairs of the Dormaa Stool Land in Sunyani had caused a lot of pains to the people of Dormaaman and Sunyani. Nana did well for ousting him from the office of the stool lands.

However, our honourable Nana Agyemang Badu should take responsibility for the actions and inactions of his brother that has put the image of the highly respected stool of Aduana into disrepute. I think that as part of showing leadership as Nana Dormaahene himself truly espoused in his statement, all those who have lost their lands and investment due to his brother's indiscretions and the way he mishandled land issues should be compensated by replacing what that had lost. There are a lot of land issues in Dormaa Stool Lands in Sunyani that have to be looked into by Nana Dormaahene if he truly wants chiefs in Ghana to show a good sense of leadership, then he should begin by showing that he cares about the ordinary people in Dormaa and its sphere of influence.

I hope this gets to Nana Dormaahene so that he can act on this to win support and respect as a paramount chief who cares and have our interest at heart.Long live Ghana, Long live Dormaaman!!!! 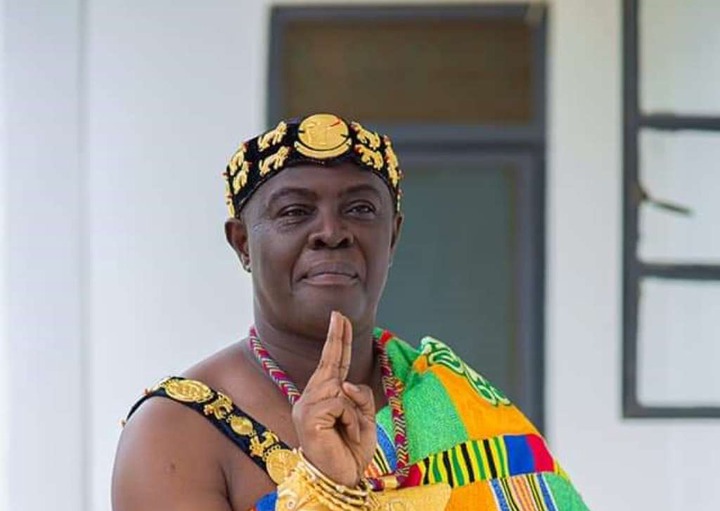 A Revered Paramount Chief Of Dormaa Who Does Not Only Serve The People In His Traditional Area But Also Serves The Nation As a High Court Judge In Tema.

Content created and supplied by: Love_conquers (via Opera News )

"You Can't Force The NDC To Obey The Law": Sammy Gyamfi Makes A Bold Statement