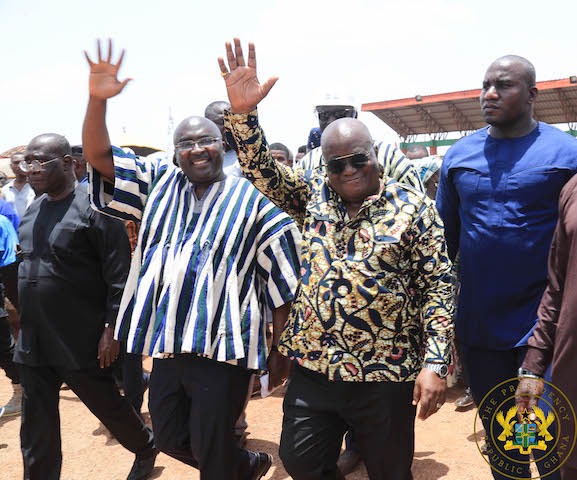 Member of Parliament for Adaklu, Hon. Kwame Agbodza has stated that the President, His Excellency Nana Addo Danquah Akufo-Addo, has a personal interest which has accounted for the selection of world class architect, David Adjaye for the Agenda 111 project.

Speaking on TV3 New Day show, he said the President should have used bidding rather than personally selecting the contractors and consultants for the project.

The National Democratic Congress (NDC) MP said the President misled the Ghana Institute of Architecture by making them present 24 architects and consultants with the reason that one of them would be selected for the project but ended up selecting Mr. Adjaye who was not on the list.

“In fact are you aware that the President fooled the Institute of Architects. He told them that they should help him select consultants who will be supervising the work and they presented a list of about 24 architects and consultants to them. In the mind of the president, he’s already selected David Adjaye though David Adjaye was not part of the 24”, he said.

According to him, Mr. Adjaye would not subject himself to bidding in Ghana.

“In fact David Adjaye would not subject himself to Ghana Institute of Architects. I will give you an example, I am saying I trained in London, I chartered as an architect in London, when I turned up in this country, I was made to go through the process of becoming a Ghanaian chartered architect, he (Mr. Adjaye) does not want to do that and the problem is that the President basically caused PPA to give him a sole source approval to recruit all the contractors and consultants”, he said.

“There is a personal interest. Even presentation of the drawings was done to the President; so the President single-handedly (made the selection), so there was no tender or anything, he decided. Architecture David Adjaye is a world class architect, but 99% of the works he has done in the world is through bidding. He’s never done a bid in this country”, he said.

Mr. Dennis Aboagye, former Municipal Chief Executive of Akuapem North on the other hand trashed the claims stating that the President did not select the contractors and consultants personally rather, the Office of the Chief of Staff.

He made the point that the allegations of Hon. Agbodza are only palpable lies and noted that the health facilities are relatively cheaper than what the NDC did during the Mahama-led administration.

“It is not true that the President personally selected contractors; it is the office of the Chief of Staff.

It is a palpable false that the president is conducting this to raise funds for Dr. Bawumia. Even this hospital we are building is 50% cheaper than the hospitals they built.”

He added that the fact that the President used sole sourcing is not a crime but legitimate.