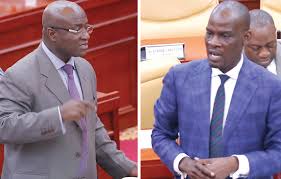 For the first time since the 1992 constitutional democracy in the republic of Ghana, the Majority in parliament, who also forms the executive arm of government, had to walk out of Parliament in protests to a decision of the house.

The norm, had been that, the minority, who are often out numbered and do not have the support of the executive uses a walk out as a means of registering their disagreement or an unfair proceeding in the house.

In doing so, the party that walks out makes it clear that, they are not part of any decision that is taken after the walk out.

2020 general election gave Ghana a unique parliament in the sense that, the two parties have an equal number of representatives; 137 a piece.

Obviously, this particular numerical balance is what has brought this unprecedented walk out today. 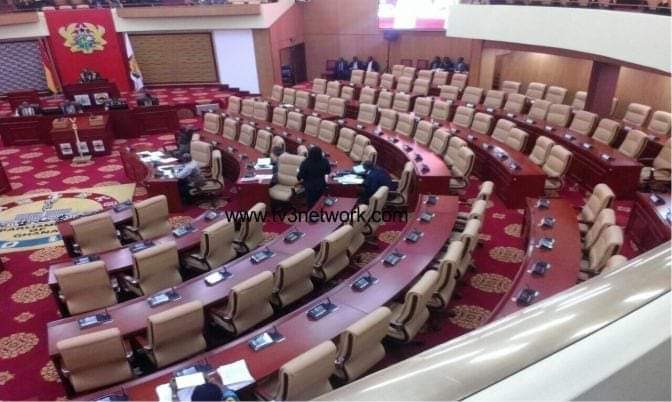 Last week, the executive proposed next year's Financial statements, known as the budget. Today was supposed to be the day for the approval or otherwise of the budget, which had been widely condemned because of some imposed taxes which the minority had described as "killer taxes".

After some deliberate dramas, the meeting that was supposed to commence at 9 o'clock in the morning, began later at 4pm.

When time was due for the approval processes, the Majority, sensing how determined the minority had resolved to reject the budget, decided to stage this infamous walk out. 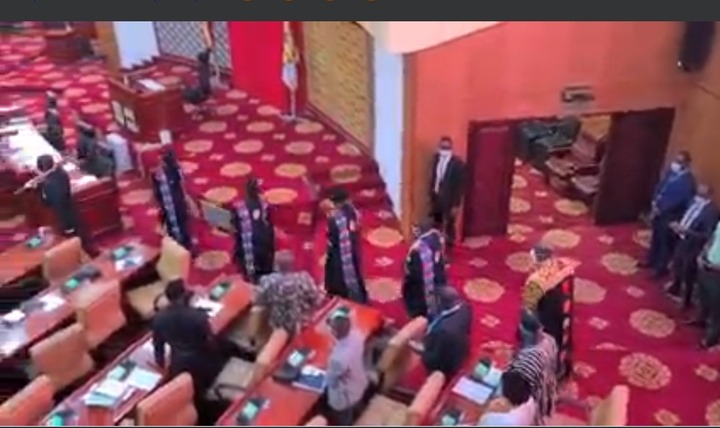 Meanwhile, the Speaker of the house has suspended sitting for five minutes. It is expected that, business of the house will resume and continue since the minority alone constitute a quorum.

It is likely the budget will be rejected.