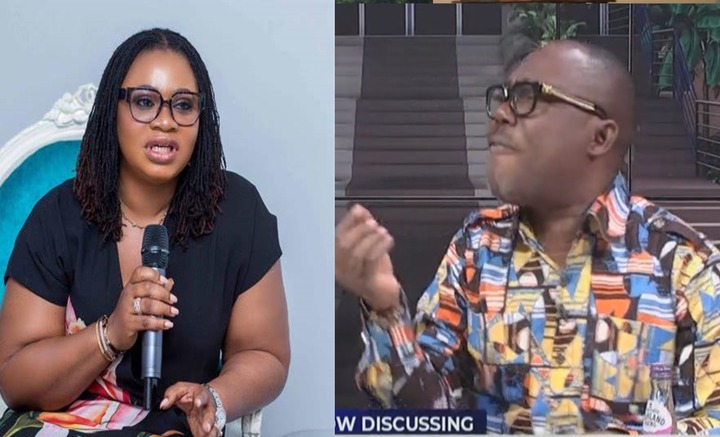 A senior political analyst and a former member of the Institute of Economic Affairs (IEA), Prof. Ransford Gyampo has scolded the former Chairperson for the Electoral Commission of Ghana, Charlotte Osei for having failed to implement recommendations for electoral reform whiles she was in office.

According to Prof. Gyampo the current political and electoral crisis being debated by the opposition National Democratic Congress (NDC) could have been avoided if Mrs. Charlotte Osei had acted on the reform proposals.

He recounted that political parties and Civil Society, especially the IEA have worked to produce a proposal to reform elections in Ghana after the 2012 elections. He indicated that the documents were handed over to Dr. Afari Gyan who was then in active service at the Electoral Commission.

Charlotte Osei, according to Prof. Gyampo was expected to take up that document and operationalize the recommendation but this never became her focus. He mocked that the EC Chairperson’s obsession with changing the logo of the Electoral Commission made her ignore the need to consider the reforms.

On this background, Prof. Gyampo scored that the proposal by the NDC led by the General Secretary, Johnson Asiedu Nketsiah is simply a betrayal of hard work invested into the proposal that was submitted to Dr. Afari Gyan.

“There is an entire document of recommendations for electoral reforms that ought to be implemented. Unfortunately, Afari Gyan couldn’t implement it because he left after the election. Charlotte Osei took office and she was obsessed with the EC logo and did not implement the recommendations. Just when she was exiting, she attempted to work on it. Jean Mensah came and this document is still lying there,” he emphasized.

The scholar in politics disclosed that Jean Mensa [current EC Chairperson] is also dilly-dallying around the document until he enquired about it from her. He noted that Jean Mensa proposes to work out those reforms as documented but with some focus on the urgent matters the commission has identified.

Prof. Gyampo expressed his disappointment with the NDC General Secretary for having re-drafted what is already documented in the proposal that was submitted years ago to the EC. He had wished the NDC wrote to the EC to revisit that document and put it into force.

“Asiedu Nketsiah was a key member…why is it that they are so interested in reinventing the wheel?” he reiterated.

He concluded with an admittance of a need to reform the electoral system in Ghana to deepen transparency in a multi-party democracy.