Hopeson Adorye is having some hard times now as almost all NPP members are attacking him for the statement he made yesterday about the Dankwa-Busia-Dombo tradition. Almost everyone is accusing Hopeson Adorye of playing the tribal card and causing some sort of political division in the party.

As we speak now, a leading legal practitioner who has aligned himself with the National Democratic Congress, Edudzi Kudzo Tamakloe, has revealed and unfolded a fresh twist to the latest development. He has refused to join the majority in blaming Hopeson Adorye. He rather chose to accuse Bawumia for bringing this upon himself.

Edudzi Tamakloe explained that Dr. Bawumia must be blamed because he is consumed by his Presidential ambition. According to him, Dr. Bawumia has refused to open his eyes to see that the NPP was simply using him for an experiment and nothing else. 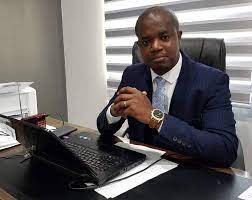 "But Bawumia himself is consumed by ambition, he can’t see that he is simply an experiment. It is not easy to reform tribalism."

He believed that the former Parliamentary candidate for the Kpone Katamanso constituency, who doubles as a communication member of the New Patriotic Party, did nothing wrong. He was of the view that the Akyem syndicate group was just using Dr. Mahamudu Bawumia for their personal interest and at the tail end, they will dispose of him as they have done with all Northerners.

"My senior brother from Atiavi, Hopeson, should be forgiven for letting out what many fear to say. Many in NPP know Bawumia has two fundamental problems to overcome nationally. The problem of demographics and the current nature of the economy. BAWUMIA made himself the poster boy of the economy."

My view is that so far as the NPP is concerned, the political card will continue to be used as a vast majority of them are Ashantis.